For men, there’s often no bigger victory than when a girl replies to a message.

If you’re anything like the millions of men out there who are in the dating scene, then you’ve likely spent hours swiping through Tinder, Hinge, Bumble, and more, reading profiles, and creating good messages. When you’re finally having an ongoing conversation with a girl, it feels like a success!

But what happens when the conversations start to dry up? How do you know when it’s time to stop texting her?

When Should You Stop Texting a Girl?

There are a few telltale signs that let your know when your text conversations aren’t going to lead to anything meaningful. If you’re stroking her ego, putting in all the work, or the two of you have nothing in common, then you’re not going to make any progress. You might put all of your efforts into your chats, but there’s nothing you can do once the other person has decided that they aren’t interested.

Let’s go over each of these signs in more detail. 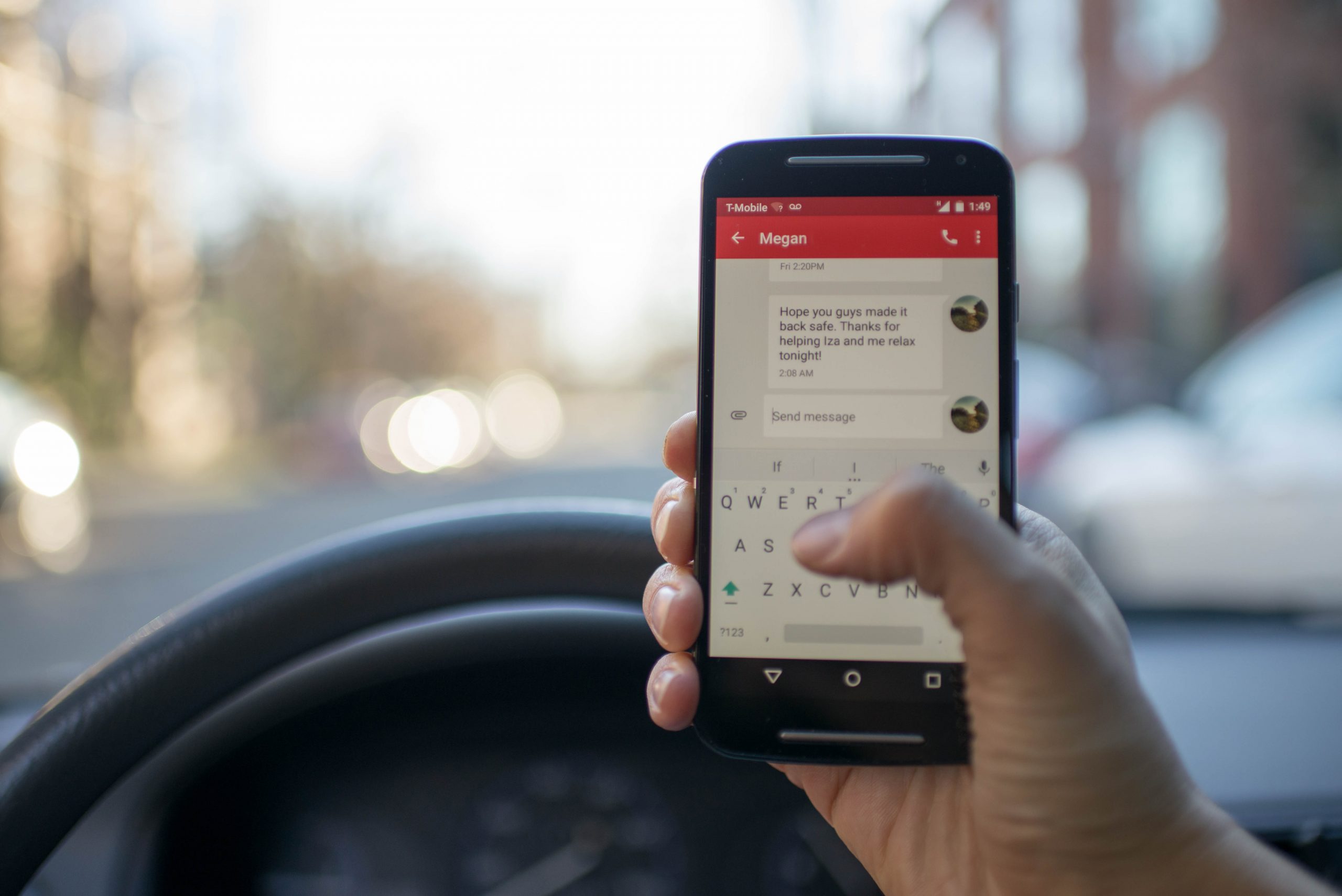 Let’s say that you’ve been messaging this girl for a little over two weeks. You’re asking her questions, keeping the conversation going, and basically being a great texter. 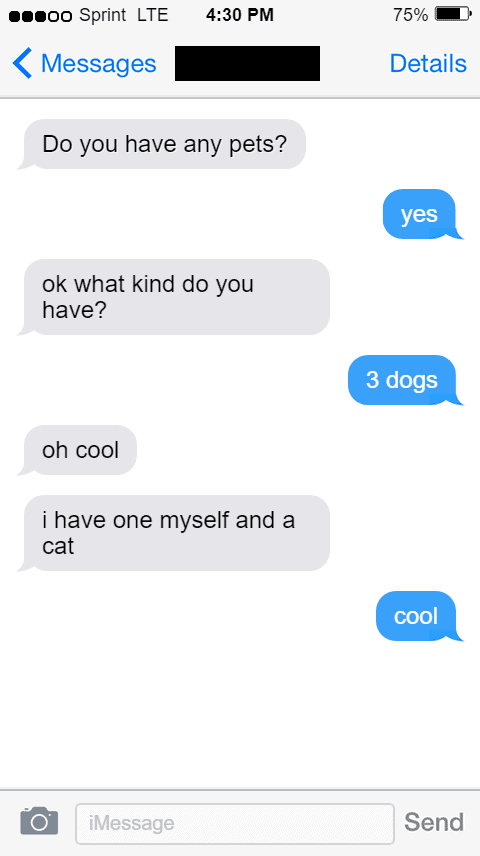 However, her replies are short, she doesn’t ask questions, and she sometimes takes days to respond. If this is the case, then you need to move on. Her ego is already inflated, and you persistently messaging her is only blowing more air into her head.

2. You’re Doing All the Work

The two of you have a lot in common, and you both seem to enjoy messaging each other. The problem is that you’re the only one who’s keeping the conversation going by engaging in new topics and asking questions.

When this happens, you’ll need to determine if she’s just socially stunted or self-centered. Try replying to her next message, but say nothing else. If she doesn’t say anything back, stop texting her. She probably has nothing to talk about other than herself.

For instance, if you send her a text that says, “I just started learning to surf.”, and she replies with, “That’s cool.”, try saying something like, “Yeah it’s great,” and nothing else. If she doesn’t attempt to keep the conversation going, you know she’s not as interested.

Here are some common reasons why Tinder matches stop responding.

3. You Have Nothing in Common

If you’re racking your brain to think of something to talk about in every conversation, and nothing she’s bringing up is resonating with you either, then for both of your sakes, don’t keep wasting your time. It’s important to have some common interests. 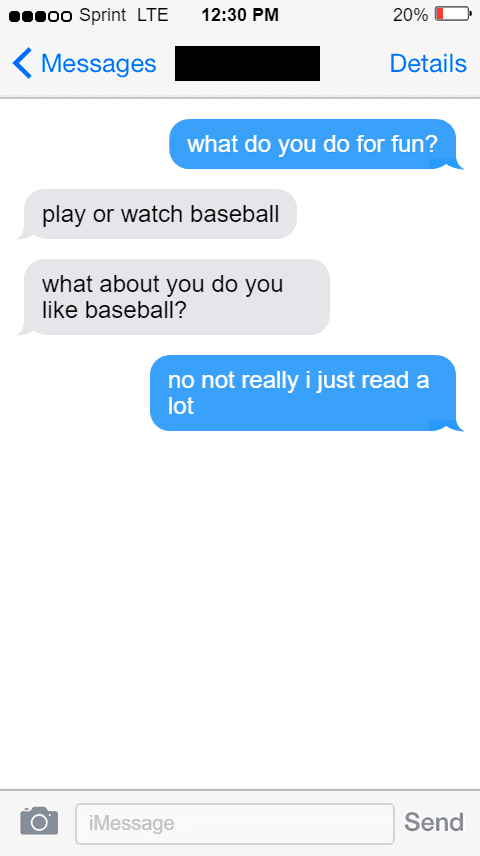 As you can, they both have different interests.

If you’re struggling to keep your matches interested, here are some great conversation starters to use on Tinder and Hinge.

How Long Is Too Long Not to Text a Girl?

One of the universal rules in texting, especially when texting a potential love interest, is not to respond to texts immediately. When that girl you like texts you, don’t respond right away — give yourself some time to think about what you’re going to say back to her. Five minutes is generally a good waiting period.

Of course, you will sometimes have a gut reaction to a message, and you immediately think of a witty reply. If that’s the case, don’t hesitate to respond. A quick reply is often appreciated, though you’ll want to make sure that you don’t appear too eager. However, you don’t want to seem too detached either. It’s a delicate balance.

Learn how to improve your text conversations to get more dates.

How Often Should You Text a Girl to Keep Her Interested?

There’s no predetermined number of texts you should be sending a girl every day to get her interested and hold her attention. The connection that you have is a unique one, just like the both of you. For example, some folks might enjoy talking on FaceTime, while others prefer to text a lot.

It’s important to consider both of your schedules and send each other messages when the time feels right. With the timing in mind, there should be an even ratio between her texts and yours, which is a reason why texting girls is most effective when you follow her lead after establishing the initial chat. 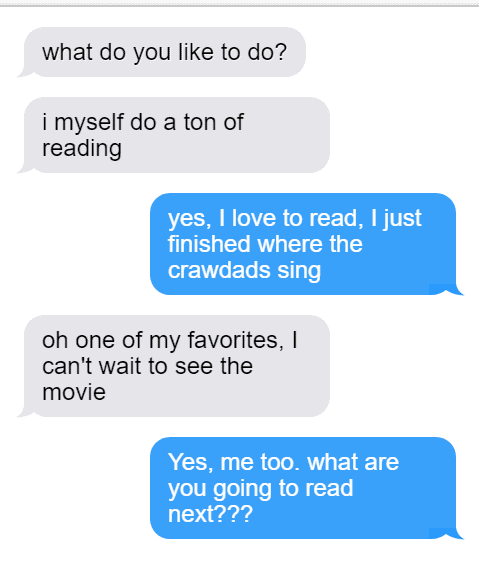 Should You Stop Texting a Girl Who Never Texts First?

The short answer is yes.

If the girl you’re interested in never texts you first, it’s not the end of the world. It’s more of a symptom of the overall relationship. If you find that you’re always the one texting first, she is probably not as interested in you as you are in her. 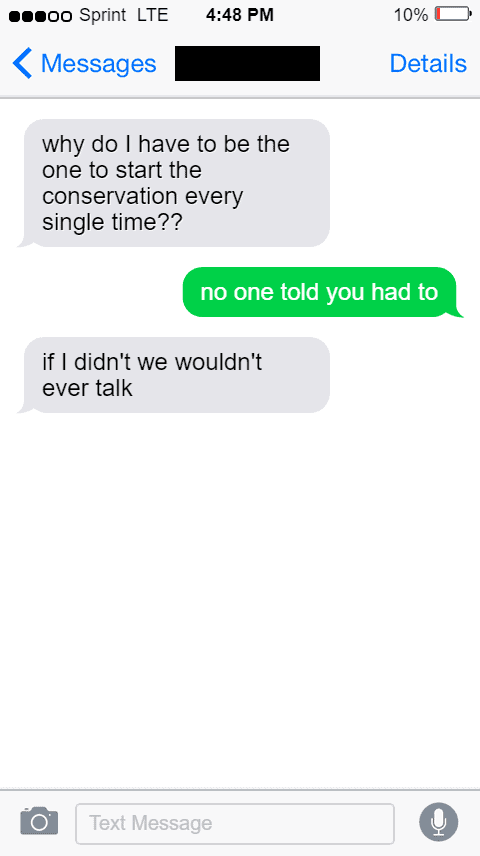 That doesn’t mean she’s not interested at all — she just knows that you’ll always text her first, so she doesn’t feel the need to initiate anything. You’re in the weaker position here, and while it seems like a small thing, it’s indicative of a larger issue.

You care more than she does, which means she’s got the power. Don’t text her for a few days, and if she still doesn’t text first, it’s time to move on. This could also mean that she is more used to guys taking the lead in conversation, and is therefore waiting for you to do the same.

“I don’t really spend much time on this app but I would love to get to learn more about (whatever topic you were talking about). Do you have some time on Wednesday or Friday after 6? I know this cool café nearby that serves the best café latte.”

Here are some more ideas on when and how to ask out a girl online.

It’s natural for conversations to slow down and even stop for a while. You and the girl you’re interested in both have lives and are both busy, so there are bound to be gaps in your talking, some of which can last days and weeks.

You might be thinking, “Is it weird to text a girl randomly after we haven’t texted in a week?” Not at all! Here are some things you can send her to get the conversation going again:

“I know it’s been a while, but I just wanted to see how you were doing.”

“This made me think of you” sent with a picture.

“Did you ever listen to that song I recommended?” 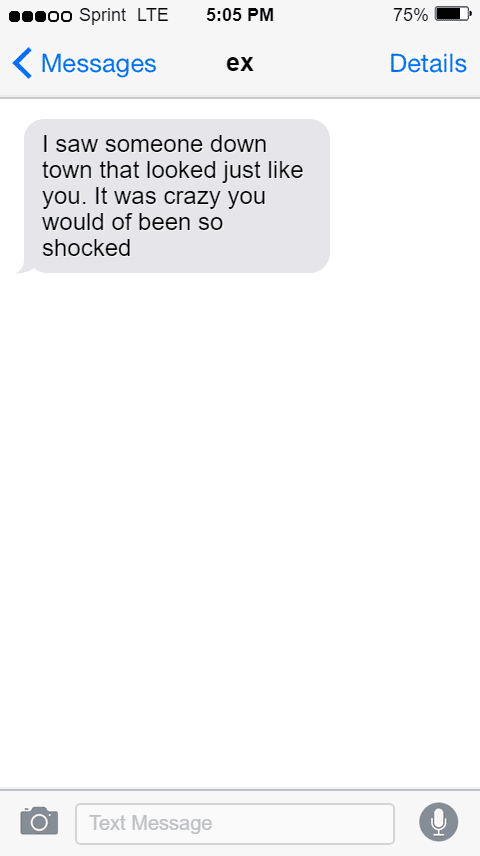 Try to be casual with the text you send her when it’s been a while. The purpose of this kind of text is to see how interested she is in you and in getting to know you. If you get a reply back right away, she is probably still interested in you and there’s a chance that you can progress in the relationship, provided you play your cards right.

However, if she takes her time to reply, or leaves you hanging for another week, she’s either busy, uninterested, or she’s met someone else.

Should You Text a Girl Every Day?

Texting a girl every day can be a good way to let her know that you are truly interested in her, especially if you know that she’s interested in you and enjoys talking to you. When you find yourself wanting to reach out and text her daily, you’re most likely becoming emotionally attached.

If she likes you back, she’ll probably return the favor.

Many guys seem to think that texting too often is uncool or makes you look desperate, but those things are irrelevant if the girl you’re texting is interested in or likes you. I made this mistake after I went on a great date with a girl when I was teaching in Korea. I was trying to play it cool but she thought that I wasn’t interested so moved on to someone else.

Basically, if you like her, text her. But make sure that you keep progressing the relationship and don’t get stuck on just texting. After both of you have become comfortable and she’s shown that she’s interested, ask for her number (if you haven’t done so already) or do a video chat. Then find out when she’s free and see if she would be interested in meeting up in person. Texting is just another way to communicate.

Don’t feel too disappointed when your venture with a girl doesn’t work out. You can’t force yourself to click with anyone, and there are plenty of opportunities out there for you to find your perfect match, so stop wasting your time on people who aren’t interested in you!

If you’re looking to make yourself more appealing on dating apps, why not take advantage of my dating profile ghostwriting services? I’ll help you make your Tinder, Hinge, Bumble, and other dating profiles the best they can be.

You can also check out my complete online dating success guide to start getting more replies and dates now.