A girl texts you first. Seems like everything’s going well, right? After all, her initiating conversation is a clear sign she’s interested…isn’t it?

You’re happy to hear from her, but when you text her back, you’re stuck waiting for hours for a reply…

…only to find that she still hasn’t texted back.

Sound familiar? If your answer is “yes,” then there’s a high chance you’re being ignored. In texting slang, we call this “ghosting.” Of course, there are a bunch of alternate possibilities, too – perhaps she’s just having a busy day. Still, understanding a girl’s texting habits can be confusing. Here’s how to figure out what she really means… 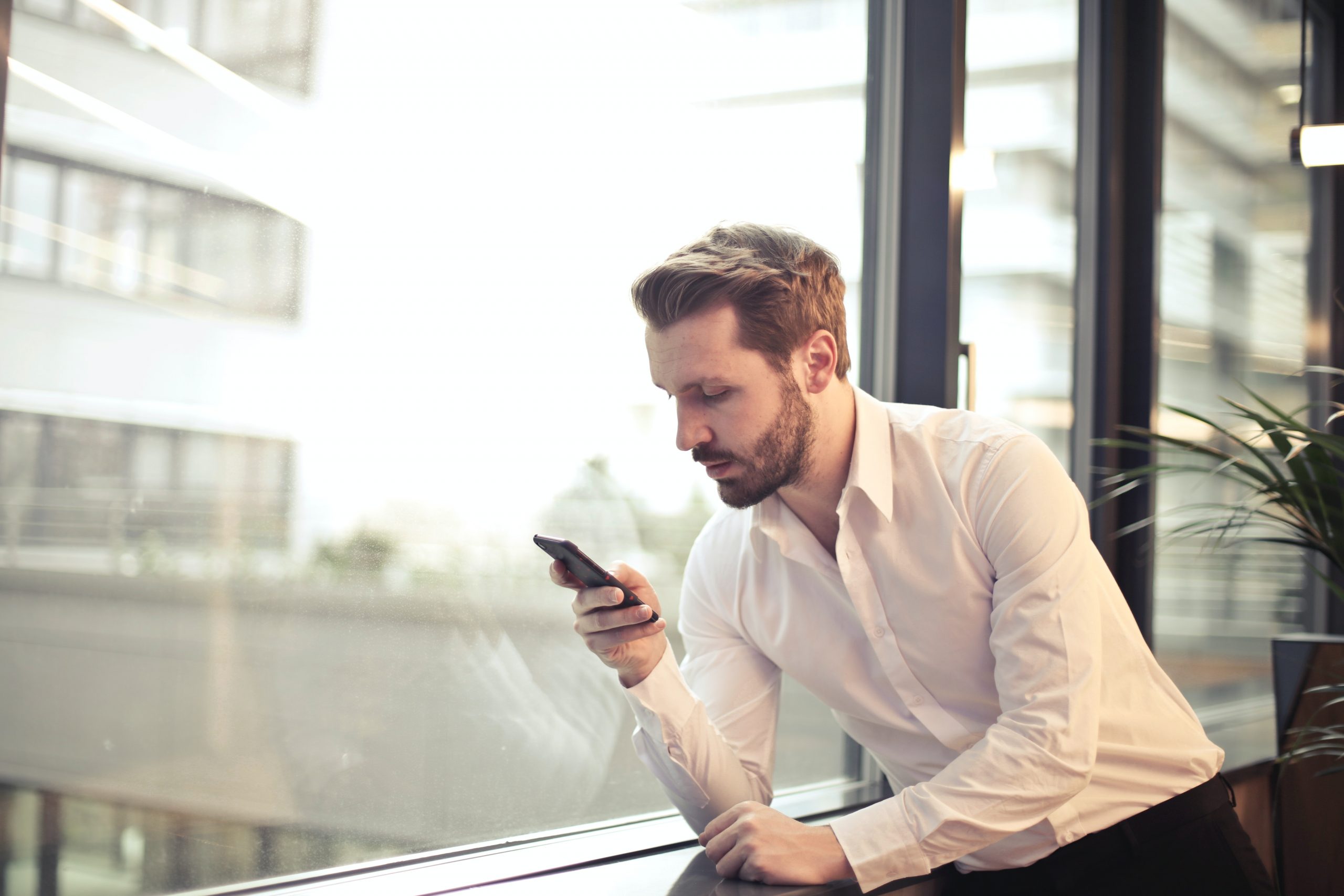 What if a Girl Initiates Text Then Doesn’t Reply

Before wondering why she hasn’t texted back, ask yourself how long it’s been since you texted her. If it’s only been a couple of hours, relax.

Chances are she’s caught up in some work and will text you back pretty soon. Some girls may even take a day to text back – there are a bunch of different reasons behind why she’d do this.

If she hasn’t texted you back after around 24 hours, she’s likely either extremely busy and would rather wait till she’s completely free to text back. Or maybe she doesn’t want to appear easy and is delaying her reply. Either that, or she’s actively ignoring you. There could be a dozen of possible reasons.

Understanding her true motive can be tricky. However, it helps if you’re familiar with her texting habits.

For example, if you’ve spoken to this girl before and know she takes time to text back, don’t worry. She’s probably just doing it out of habit and doesn’t mean to ignore you on purpose.

But if this is your first time talking to her and you’re likely not familiar with her texting habits, her reason might vary. Under such circumstances, it’s good to allow her some time to reply before wondering if she’s ghosting you.

Remember, every girl is different. This means that the texting habits of one girl might be radically different from another’s. It all boils down to a number of factors, which we’ll discuss next…

What Do Slow Replies Mean?

Slow replies could mean she’s busy with chores, has a demanding job, or just isn’t big on texting. However, it could also mean that she’s soft ghosting you or is trying to play hard to get.

In case you’re wondering, here’s what soft ghosting looks like: 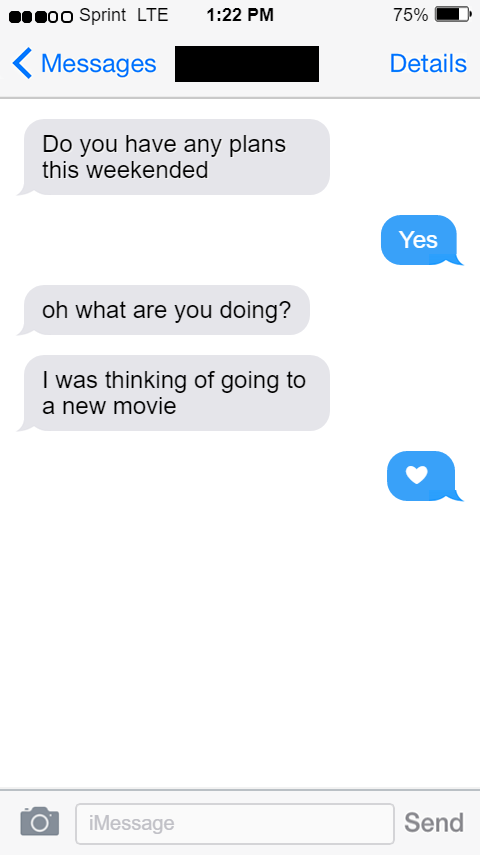 It’s essentially when you’re texting someone openly, but they consistently reply with vague texts or reactions.

For example, they might send you one-worded replies or like/react to your text without using any words. Soft ghosting almost always involves slow replies, which puts it in direct contrast with regular ghosting.

Regular ghosting is when they blatantly ignore your texts without replying at all. They might not even open the chat, choosing instead to send it straight into their archive bin – ouch! Compared to that, soft ghosting is considered to be a much “politer” way of ignoring someone. 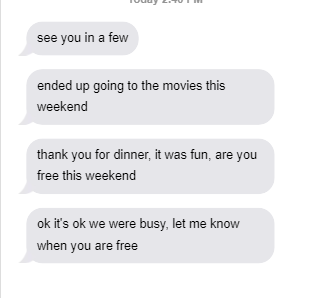 Of course, getting ghosted doesn’t always imply that you’re doing something wrong. Maybe the girl you’re talking to is just playing hard to get (by her own will).

Slow replies are generally used when someone wants you to chase after them. It might be a way of flirting.

Still, there’s still the possibility that she’s ghosting you because she doesn’t want to talk. The key element in question here is time: how long has she been “ghosting” you? If it’s just been a couple of hours, and this is your first conversation, she might not even be “ghosting” you at all!

Remember, if she’s an adult, she’s likely got tons of responsibilities to attend to. When she’s done with all her chores and work, she’ll be free to get back to you without having to rush her replies.

But, if you’re getting extremely slow replies (think once every few days), you’re likely being soft ghosted. If that’s the case, you might want to stop texting her. There’s little point in perusing a conversation with someone who clearly isn’t committed – even if they started it!

She Takes Hours to Text Me Back 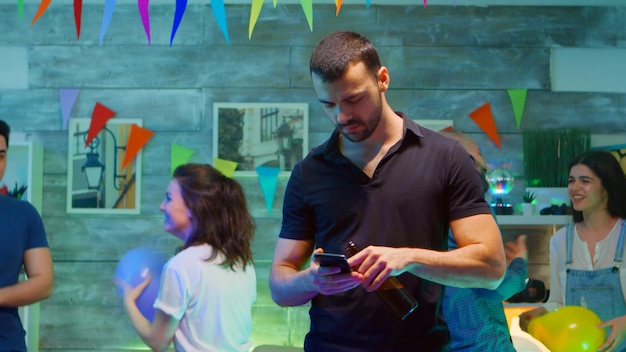 Dating apps like Bumble mandate that girls text first. If you’re on Bumble or a similar dating app, then it makes sense that she reached out to you as opposed to vice versa. If she’s texted you, then there’s a high chance she’s looking to be friends…or more.

If she’s taking hours to text you back, it could mean any of the following things:

That last point can be a real bummer, but it’s quite common on dating apps like Tinder, Bumble, and Hinge. Here’s how to know if your Hinge conversation is going nowhere. If it’s evident that she isn’t too interested in talking to you, consider dropping the conversation and moving on.

Girl Takes Forever to Text Back but Says She Likes Me 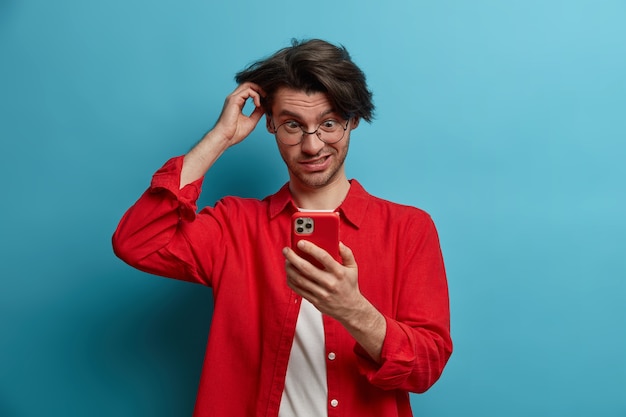 If she’s said she likes you but still takes forever to text back, she’s probably either:

In the first and second cases, you’ve honestly got nothing to worry about. If she’s admitted her feelings, there’s a high chance she actually means it. She isn’t ignoring you on purpose, so don’t fret!

Of course, not every girl will truly mean it when she says she’s into you. Or perhaps her definition of “liking you” is different from what you’d expect.

Some girls are okay with having casual crushes that they won’t pursue a long-term relationship. If that’s the case, expect them to text you back on their own terms.

But before you jump to conclusions or point fingers at her, take a good, hard look at her personality. Is she the type of person to commit to a relationship or the type who prefers casual flings?

Once you understand the difference between these two personas, you’ll have an easier time understanding (and accepting!) her texting patterns.

Should I Text a Girl Again if She Didn’t Respond?

It’s better to wait and see whether she texts back or not. Give her a day – if she’s interested, she’ll text back.

If you don’t have anything truly important to say, you should try and give her the space she needs.

But if it’s been over a day or more, she might not be interested. Some girls might even text you back after a week – that’s likely a red flag, and you’re better off talking to someone who wants to commit to a conversation with you.

If you really do want to follow up, we suggest coming up with a good hangout plan (such as an upcoming party or event) and sending an invite, such as this: 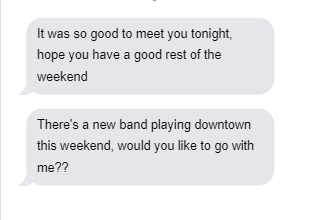 Check out some effective conversation starters to use on Tinder.

She Starts the Conversation then Stops

Or, to avoid getting caught up in this sticky situation, brush up on your conversation skills before texting her back! Here’s how to strike an interesting conversation on dating apps like OkCupid.

Every girl is unique and hence may have different reasons for texting you back late.

However, just remember that some girls might ghost you without good reason, even if you’re doing everything right. In such cases, try not to take things personally and move on to someone who’s genuinely keen on talking to you.

Online dating is tricky but becomes significantly easier when you create an attractive dating profile. This isn’t easy, of course – but I’d be happy to help! As a dating profile ghostwriter, I can assist you in creating an attractive profile that gets fast replies. I can also give you detailed text message feedback on current conversations to help you get more replies and dates. So, if you’re looking to revamp your love life, get in touch.