What would we be without texting? It’s how we keep in touch with pretty much everyone who’s not in the same room as us. It’s also how we plan things, whether it’s an important meeting, a party, or just a general get-together.

There’s often nothing more frustrating than when someone tells you that they’ll text you, and then they just never do. Today, we’re going to take a look at what you should do in case this happens to you.

When Someone Says They’ll Text You and They Don’t

The most important thing to do when someone says they’ll text you and they don’t is to avoid jumping to conclusions. There are so many reasons why someone might not be replying to your text messages, so you should really try not to draw your own worst-case conclusions here. 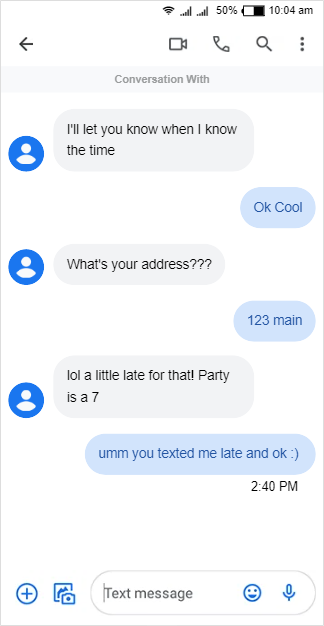 How to Know When That Text Just Isn’t Coming

Of course, being optimistic is all well and good, but you have to be realistic with yourself as well. Rejection is something that we all face at some point, and you’ll need to learn how to spot when that text you’re waiting for just isn’t coming, and how to recover from the disappointment.

In this day and age, being romantically involved with someone is complicated. In a best-case scenario, both of you like each other equally and things are great. Other times, either you or them like the other more, which can lead to things getting awkward. There are some clear text-based signs that they’re just not into you, and we’re going to discuss them now.

They don’t match your energy

One of the most obvious signs that the person you’re talking to is just not into you is that they don’t reciprocate your excitement when you talk to them. When we try to make someone feel important and comfortable, we do what’s called mirroring, which is when we put the same amount of effort as the other person.

If you feel like you aren’t getting that same level of effort, the chances are they just aren’t into you. This is also a reason why their replies to your texts are few and far between, if they come at all, even if they said they’d text you. 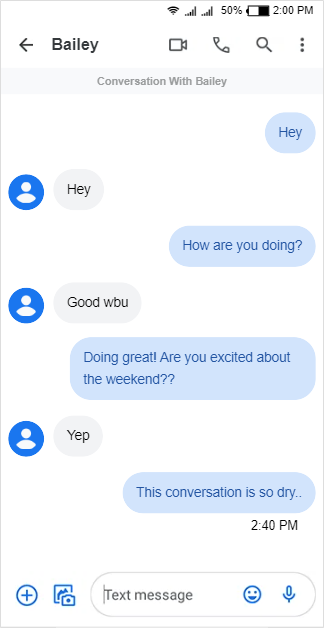 As you can see from this conversation above, the girl is replying with one or two-word answers while he is sending full sentences. It’s clear she isn’t invested in the conversation.

They don’t try to get to know you

One of the most important aspects of mirroring is a mutual interest in getting to know one another. If the person you’re chatting to is interested in you, you’re not going to have to fret about when they’ll text you back.

Are they asking you questions? Do they try to get to know you better through your conversations?

Here are some conversation starters that you can use to get replies.

They’re brief in their texts

If the paragraph-long, flirty and thoughtful responses that you used to receive have been replaced by one-word, passive replies, then chances are they just aren’t into you anymore. You can expect them to tell you that they’ll “text you later” as an excuse to get out of talking to you.

Ideally, your texting lengths and frequency should be quite similar to one another. So, if you’re typing out paragraphs and they’re only responding with single-word answers, they’re not very interested in having a conversation with you.

Try not to take ghosting personally – some people just get bored easily, and you deserve to be with someone that isn’t going to get bored of you. If you’re constantly having a dry conversation, it may be time to stop texting them altogether.

Should You Text Them if They Said They Would Text You?

As you already know, any budding relationship is about more than just flirting – it’s about communication, and texting is a big part of how we communicate with each other. There’s a common dilemma that many of us face when we are just starting out in a romantic endeavor – should you text them if they said they would text you?

If you’ve only had a few dates

If you’ve only been on a few dates with them, are tired of desperately waiting for a text back, and are considering texting them, you need to think about the intention of the text you want to send. Do you want to connect with them in the present moment, or do you want the relationship to move forward?

If you’re like most people, then you probably want the person you’re dating to show interest in you and pursue you. So, before you hit ‘send’, take some time to really think about whether you’re sending that text as a way to connect. If you are, then don’t hesitate.

Are you the one initiating texts?

Are you the one that is always reaching out and making conversation starters? While there’s certainly nothing wrong with messaging them first, it becomes a problem when you’re the only one sending the first message.

Basic texting etiquette dictates that both parties should be putting effort into starting conversations, and when you are the one putting all the effort in, issues are going to start to build up, because you’re essentially setting the tone for the entire relationship. You’re doing all of the work, and they’re sitting back, doing nothing.

This is what’s known as soft ghosting. They aren’t really interested in talking to you, and only talk to you when you make the first move. 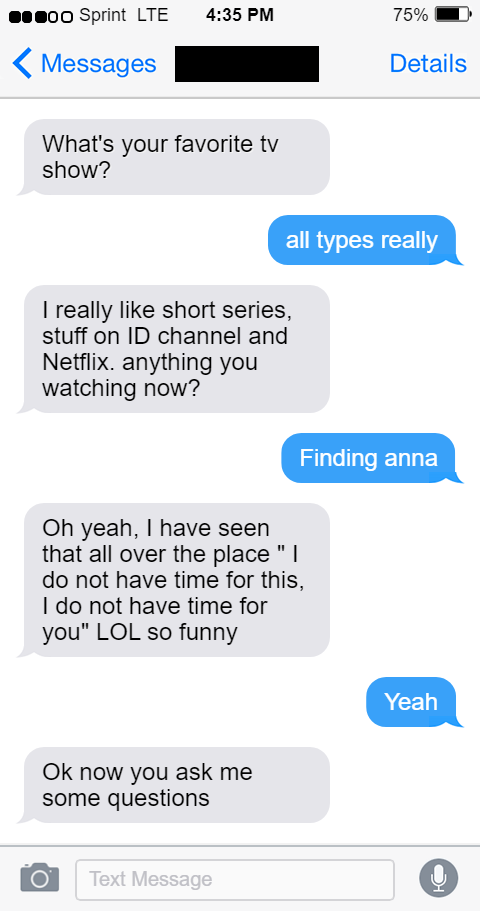 Here’s what to do when the girl you’re talking to never initiates the conversation.

If a guy tells you that he’ll text you later but doesn’t, there are a few simple steps that you should take.

If a guy doesn’t follow up on his promises to text you, chances are he just isn’t that interested. Even if you haven’t been fully ghosted yet, the long periods between each of his texts is never a good sign.

Most guys know that they need to keep engaging with a woman in order to keep her interested, or else she could just move on and find someone else that’s interested in her. If you haven’t heard from him in, say, a week, just don’t text him – don’t even think about it anymore. 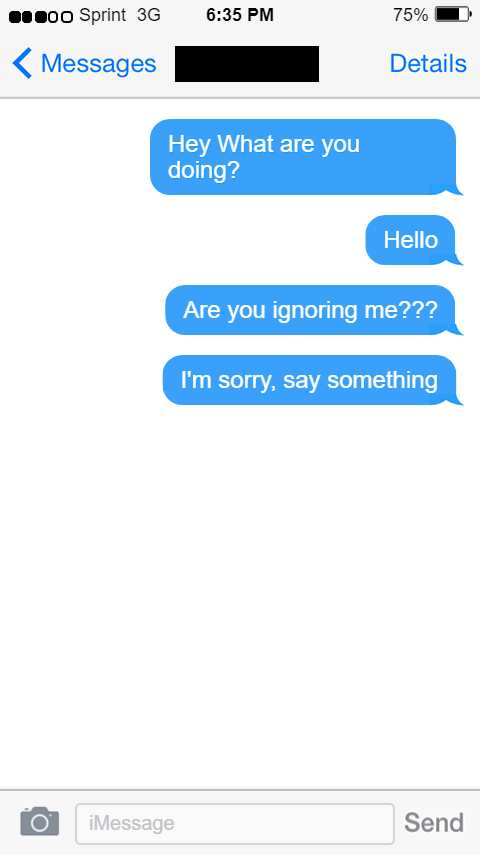 Step 2: Think About the Fact That You Almost Settled

Not getting a text back from a guy is a pretty big deal, but not for the reasons you might think. Sure he might have been great, but think about it: you almost settled for less than what you wanted. If you were looking for someone to be interested in you and devote at least some of their time to you, he wasn’t it.

You want someone serious, a guy who can think for himself and take the lead, and if he doesn’t text you when he says he will, then that’s not the man for you. If you’re after high quality, it makes no sense to settle. Don’t think of it as a rejection, but rather as a missed opportunity on his part.

If you are frustrated that you haven’t gotten that text, then you might feel the need to control the wrong things. By questioning whether or not he’s worth it, you are actually wishing that you could control him.

You want to send him a telepathic message saying, “please check in with me and text me so that I can still be attracted to you…” This is the wrong place to be focusing your energy. You need to take control of your dating life again – something that you actually can control.

Here are 14 Bumble bio ideas that you can use to take your dating life up a notch.

The important takeaway here is that not getting a text you were expecting is not the end of the world. In fact, it’s a kind of blessing, since it let’s you know that the person you’re talking to just wasn’t the right one for you.

If you want to curate your text messages and make sure that they’ll always elicit a response, take a look at my texting feedback service. Or if you’re looking to create attention-grabbing, attractive dating app profiles for Hinge, Bumble, Tinder, and OK Cupid that will get you more matches, be sure to check out by dating profile copywriting service.