Hard ignore – the most passive-aggressive form to show disdain for someone. Nothing is more annoying than texting with a person back and forth only for them to decide to ignore you in the end. This happens a lot in online dating. The question is should I block a guy who is ignoring me? Plain and simple, whether you are a woman or a man, being suddenly cut off can be soul-crushing. But, it’s not the end of the world. Here is why. 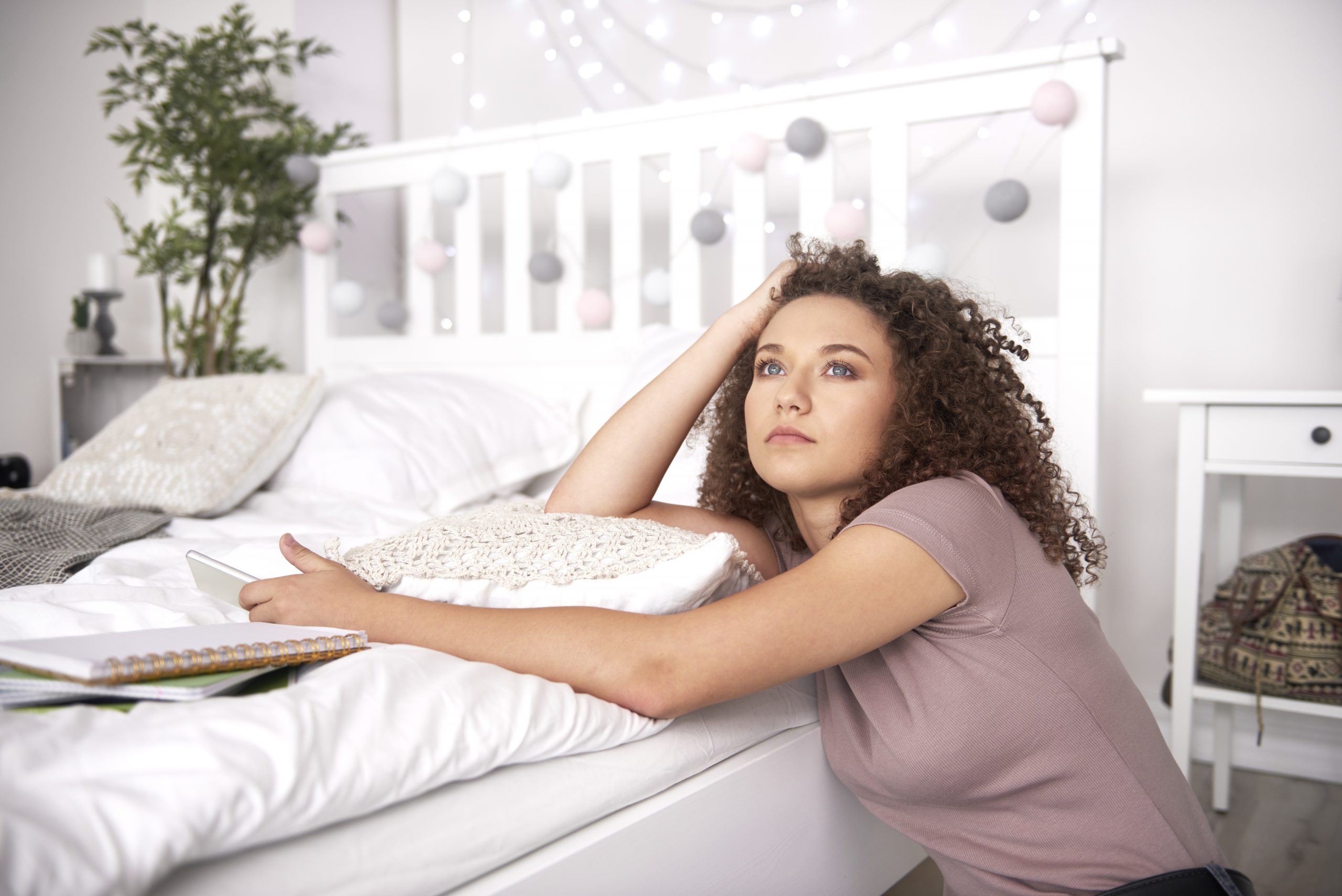 Should You Block Someone Who Ignores?

Not really. That person could be busy or their phone isn’t working. You can never know since there might be a good reason behind the ignore. But, if you are positive they are ignoring you, then let them know. If they still don’t text back and their behavior gets on your nerves, then feel free to block them. The best way to deal with being ignored is to develop a mindset where you don’t care. 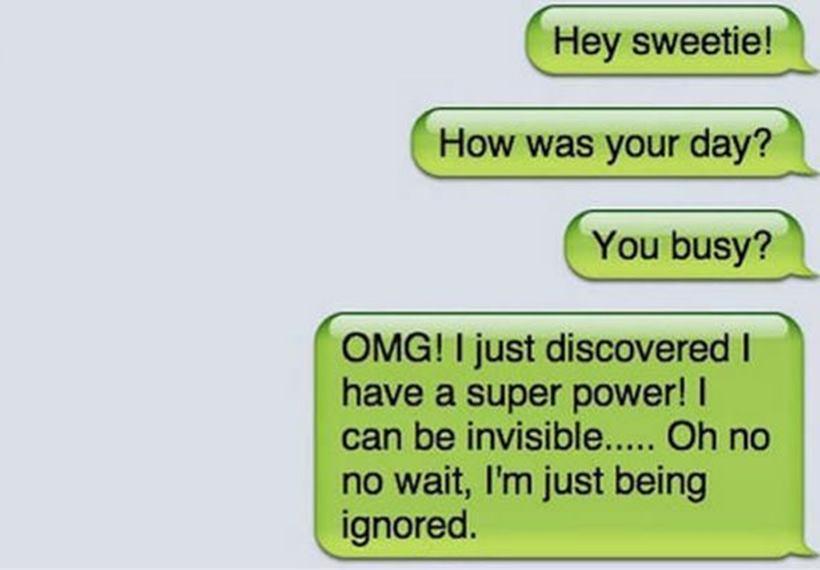 Whether you get a reply or not, it shouldn’t be that big of a deal. If they text back, awesome, otherwise, let it go. Check this guide on how to say hi on Tinder. If someone decides they don’t feel like talking to you, then it’s their loss. They don’t have the basic courtesy to send a reply. Still, wondering should you block someone who ignores? Here is a way to deal with the situation. In the example above, the person decided to use a funny response for being ignored without blocking them.

Is Ignoring the Same as Blocking?

When you ignore someone, like on Bumble or Hinge, it means you are declining their invitation to a normal conversation. Take a look at how to start a conversation on OkCupid. At some point, you can try to revive a dying conversation when you change your mind. If you decide to block them, it means you no longer want to communicate with that person. You want to make sure they don’t send DMs at all. Unless you remove the block. 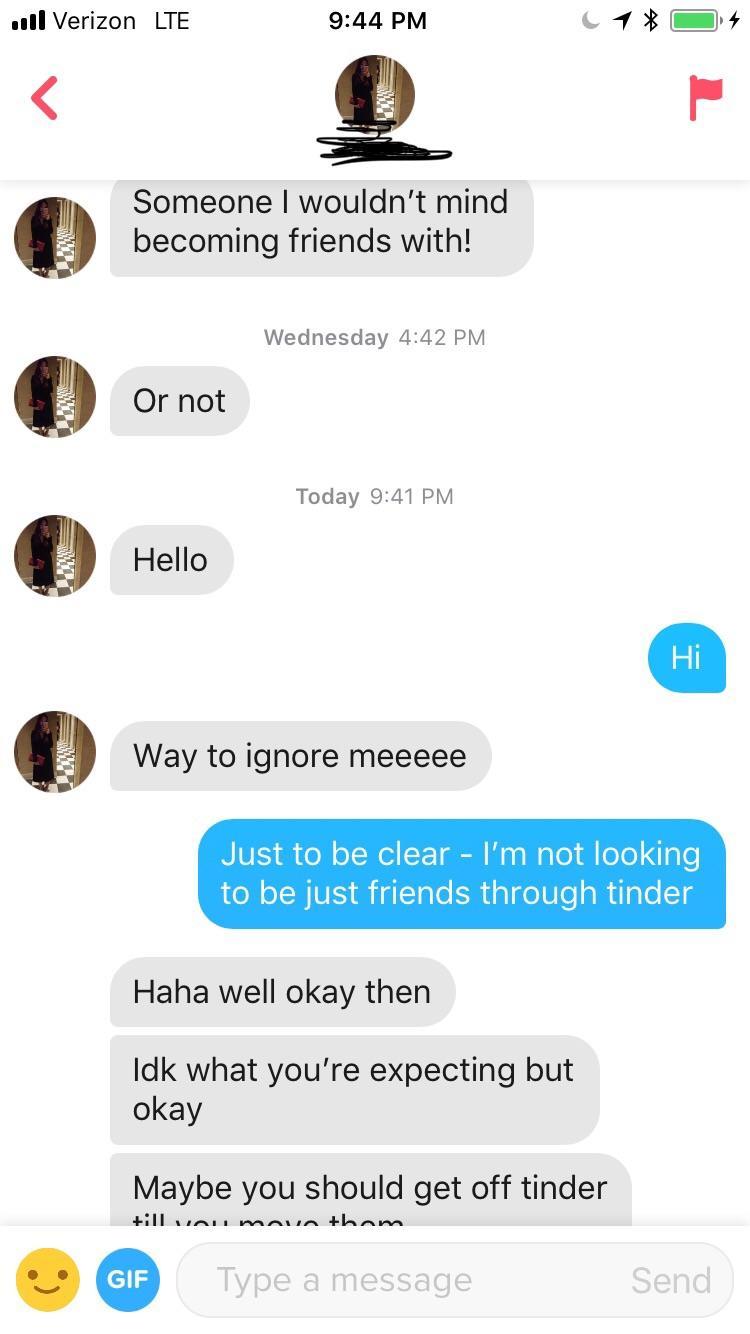 Ignoring is more mellow while blocking is a type of self-care. Of course, they don’t have to be an ex for you to block them. The primary reason people block a person is to:

Besides, getting ignored on dating apps is a common thing. People just don’t bother to respond. Particularly if you don’t share the same goals, like the example above. From a certain point of view, getting to talk with someone gives them hope. So, they have to put in the effort to talk about their interests, emotions, expectations, etc. But, when someone throws an insult, they get offended. That’s why they would rather ignore or wait for the other side to take the hint. See what you can do when Tinder conversation goes nowhere.

Is He Ghosting Me or Just Needs Space?

If you have no idea when to stop texting a girl, this guide can help. Ghosting happens all the time. Based on a 2019 survey of American adults, 30% of those evaluated had ghosted a friend or a romantic partner. A person who ghosts wants to cut all ties with you. They have no intention of rekindling the conversation, leaving you in limbo. This happens out of the blue, often leaving the other side clueless. Here is what ghosting looks like. 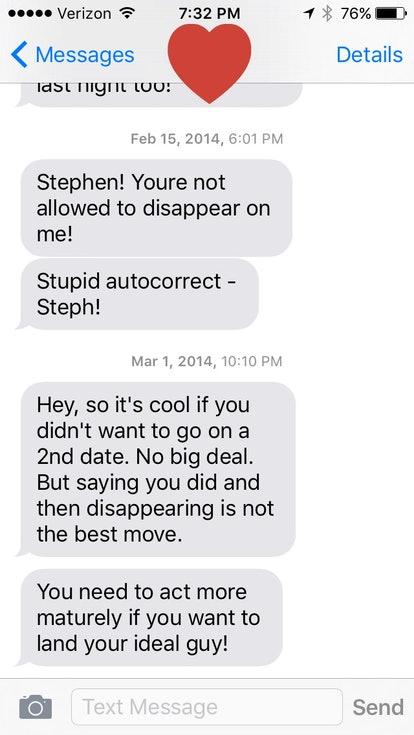 Then, there is soft ghosting. Basically when you ghost someone with a thin veil of delicacy. It’s when a person responds simply by liking your text messages. He or she is the last to interact and has no intention of expanding the conversation. No matter how hard you try. Take a look at the example below. The only way the other side responds is by liking or using emojis on a text message. 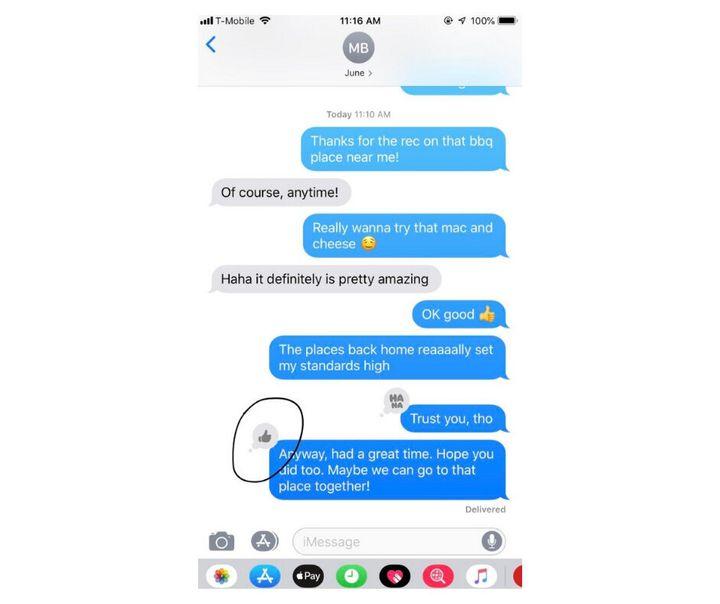 When an individual needs space, they are more adept on communication. So, they will let you know when they need some space. And you should give it to them. It’s best for both of you that he or she comes back on their own terms, instead of you forcing them. Something might be going on in their life and they show an indication to stop communicating with you for the time being. If you recently had an argument, they might even give you the silent treatment. This is normal too. The example below is a nice way of saying you want some space.

Nevertheless, it’s not your job to fix poor communication or to tell an adult how to talk with you. If they are being disrespectful, rude, and obnoxious, then you can just ignore them. Whatever makes you feel at ease. But, when the person you are talking to is making you feel insecure or unsafe, then block them. Respect should come naturally. If they are not adamant about showing it, then you can’t teach them. These few OkCupid conversation examples can help you get back on track.

If you want to know should you block someone who ghosted, the answer is completely up to you. People can do stupid things. But, that doesn’t mean everyone feels the same way. When someone who ghosted you starts chasing you back, then they realized you meant more to them than they previously believed. Therefore, it makes sense to try and make amends. For example, they just broke up with their partner and an opportunity presents itself. So, they start texting back. Here is how you can text old Tinder matches. 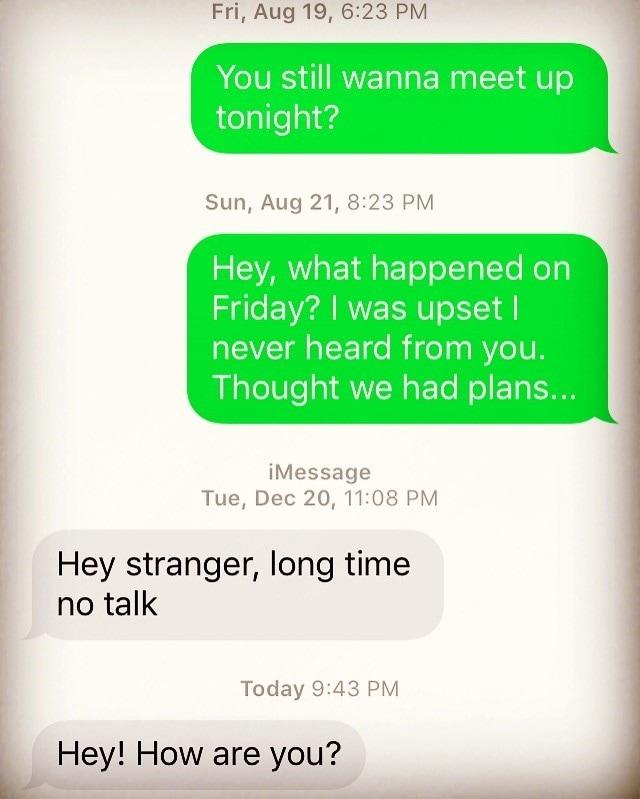 There are many reasons why ghosters come back. They could be missing you, looking to hook up, want attention, or a way to beat the boredom, etc. If you want to up your texting game, then take a look at these Tinder conversation starters. They can help you break the ice and get the results you are hoping for.

So, should I block him or just ignore him? Let’s say they are being toxic and manipulative. They put you down, blab about your appearance, or the job that you do. These people can be downright awful. So, blocking them can be a solid getaway. If you think they are going through a phase that makes them want to vent, then you can ignore them and wait for it to pass.

Moving On Is the Best Medicine

It can be painful when someone ignores, ghosts, or blocks you. If they mean something to you, then their stories and photos popping up on your newsfeed add more salt to the wound. Especially when you see them having fun with other people. The fact that they decided to stop talking to you means it’s over. And you are better off finding someone who appreciates you for who you are.

You need people who deserve a spot in your life. Those who value you and want to spend time with you. Yes, a breakup can be difficult. But, then again, life is full of positive and negative surprises. You can’t let a single person hold you down. Instead, hold your head high and focus on what really matters – you!

The older we get, the sooner we realize how hard it is to connect with someone new. Sometimes we put in the effort, only to get ignored. This happens. But, you shouldn’t let it bother you. If someone decides to ignore you, then let them go. If they decide to insult or belittle you, then blocking can help.

Getting on a dating app can be overwhelming. But, once you get the hang of texting, you can pull through. Do you need texting and dating profile services? As a dating profile ghostwriter, I can show you the ropes on how to take your online dating to the next level.  Get in touch to change your dating life for the better.