So, you have all the symptoms of a newly found crush: butterflies in the stomach, constantly thinking about him, and even comprehending flirty, romantic undertones in how he behaves with you. You take a big gulp of courage, type a text telling him how you really feel about him, and hit send.

And the second you hear that, ‘Uhh… I don’t see you that way.’ It completely unhinges you from your senses for a moment. This may be your first rejection from a guy, or maybe you’ve faced the friendzone previously, but let’s get real. Getting rejected or friend-zoned by someone you like hurts every time. 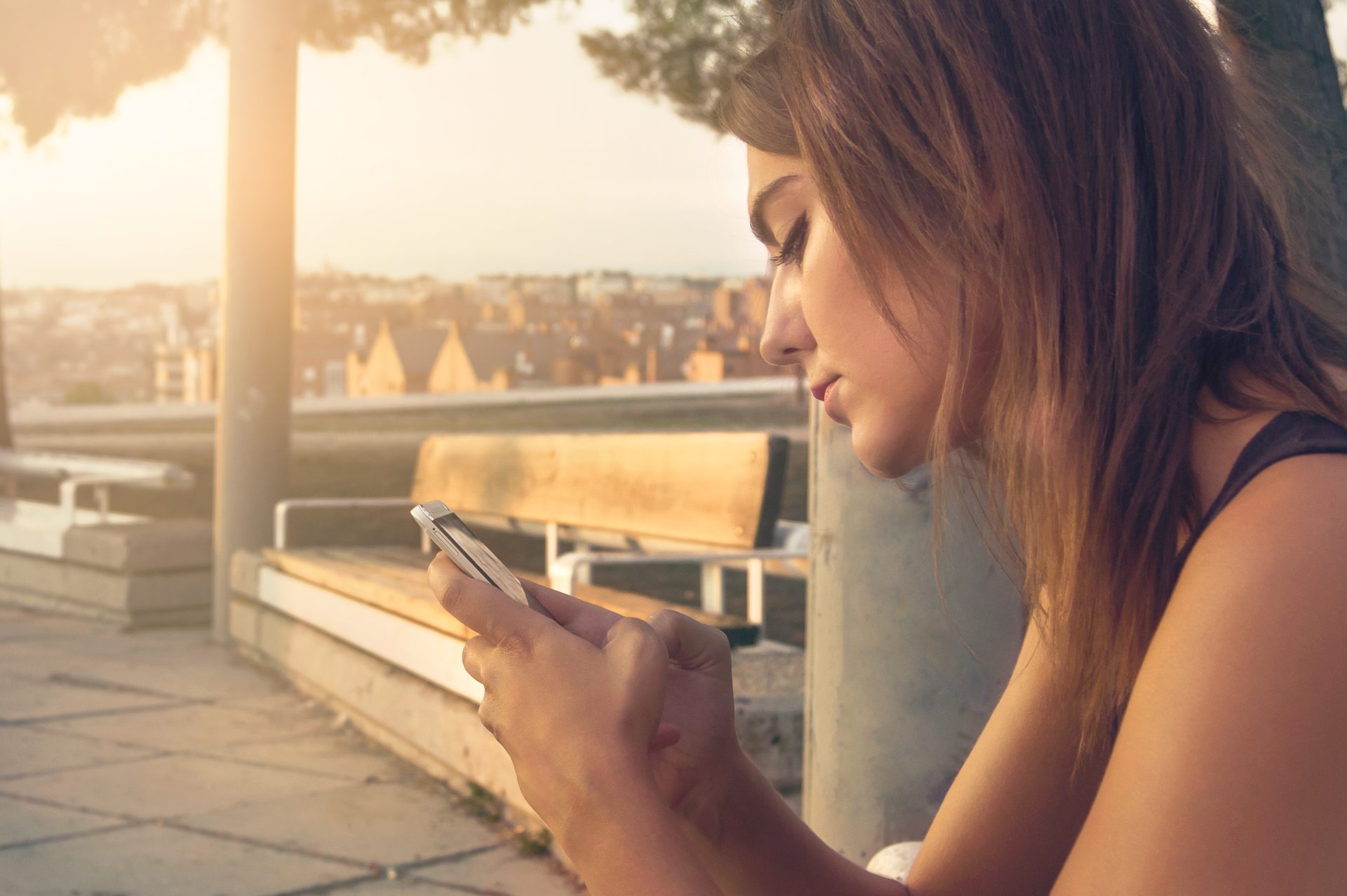 How do you handle your reaction? How do you work out your feelings? How do you maintain your communication with him? From reviving dry conversations to avoiding being ghosted, knowing how to time your text messaging, and so on, here’s your ultimate guide on how to deal with rejection from him!

Should I Text a Guy Who Rejected Me?

That depends on three important hows:

1. How He Rejects You

Are you sure he has rejected you? How clearly did he say the words? Or is he still sending mixed signals? The conversation below is a great example of mixed signals. The guy isn’t giving the girl a straight no but isn’t keen on meeting up either. It’s easy to see why the recipient would be confused about his real intentions. 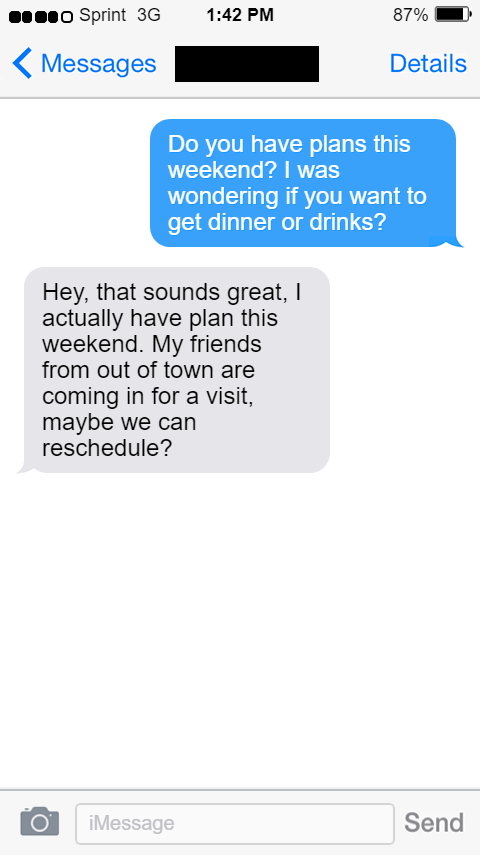 Did he reject you in person? Through text? Did he send the message through a mutual friend? Or is he simply not picking up your calls or receiving your messages anymore? Has he blocked your dating profile from all your mutual dating apps?

Whether he’s ghosting you or has clearly stated what he thinks, determines if, when, and how you should or shouldn’t text him.

2. How You Feel About the Rejection

How you feel about being rejected will also change your messaging or texting etiquette. You may want to keep dragging the conversation about wanting to build a relationship with him. You might want to keep soft ghosting his attempts to maintain a friendship with you. Or maybe you don’t feel that bad about him ignoring your prompts or icebreakers on Bumble!

When he rejects you and tries to ignore you on Tinder, that can really upset you for a bit. However, you have to keep tabs on your reaction to his decision and ensure that you don’t spill your guts out.

That will only make you appear more desperate, and you may also end up making him feel guilty for rejecting you. So if you fear that you’re riding an emotional roller coaster, then you may hold off practicing those OKCupid conversation ideas for him until you’re more composed and rational.

See, this isn’t how you’d want to lose your cool, right? If you’re also worried about messing up your dating profile after a rejection or sending the wrong messages, just click here. I’ll figure it out for you!

3. How You Both Want to Proceed

It’s normal to have some dry texting after the initial encounter. Both of you might want to clear the air and understand each other’s viewpoints. However, the ultimate question is about how you want to take things forward.

Are you two still going to be friends like you used to be? Does he wish to stop texting you for some time? Or do you want to be honest and continue your efforts of winning him over? Maybe with some new conversation starters for your Hinge conversation in order to keep persuading him?

Whichever is your ultimate decision, you’ll have to determine if, how, and how much you text him. As a dating messages consultant, I understand how frustrating it can be to not know the right words for such conversations. So, if you’re struggling with the ‘should I say this’ and ‘should I say that’ then just get in touch with me so I can help you end this dilemma!

What Does it Mean if He Rejected Me But Still Flirts

Guys can be weird. Even the ones you’re super-close with are sometimes so confusing and unreadable! So if your crush has rejected you but still keeps coming up with new Tinder conversation starters each week, then it’s quite likely that he may be flirting with you.

This can have multiple meanings:

He’s Actually Into You: I know, I know. It’s really annoying to see someone tell you off and then make a U-turn, but sometimes we have to make peace with this absurd behavior.

He’s a Late Riser: After turning you down, he will probably start being touchy about why your texts are so short, or why you disappear after a few messages, why you haven’t liked his Hinge profile, or something similar. This means that he has given it a second thought after turning you down and has since started to like you back. Yikes!

He’s Making Fun of You: If he isn’t into you but respects you as a friend, then he won’t flirt to hurt you. But if he isn’t looking to get committed and is still flirting, then that’s just messed up. He’s having a laugh, and yes, it’s the safest to block him then and there!

He’s Jealous: If you try to move on or make friends with other guys, he’ll want to know if he still has the same special place in your heart or if you’ve handed it over to someone else. Hence the flirting works as a litmus test!

Why Would a Guy Reject a Girl He Likes?

Relationships are complicated. One week, you’re both spending hours searching for new, unique openers on CMB or trying to become each other’s perfect match in online dating. The other week you were wondering why he is having such a dry conversation with you!

The simplest thing that I can tell you is this: liking each other isn’t enough to date or get committed in any way. That’s a bitter truth to digest, but I’m sure these pointers below will help you understand why:

1. Perhaps He Isn’t Ready to Commit:

He can have thousands of reasons that he just doesn’t want to tell you yet. Maybe he has been in a really bad relationship recently. Maybe he’s battling an illness. Maybe he’s healing from some other loss. In any case, chances are that he’s emotionally unavailable, so he wants to play it safe by altogether rejecting you. Of course, this will also keep you from getting hurt by a half-hearted relationship partner!

Liking a new person isn’t a sin if you’re already with someone, right? Maybe he is actually with someone, and you don’t know about it. Maybe the person he’s currently with isn’t who he wants, and maybe he’s stuck with them for some reason!

3. Did He Reject Me Because He is Insecure?

God, yes, that is such a common statement! Even the wittiest, pretty, and so-into-him girls end up getting rejected. Why? Because the guy feels like she’s ‘too good for him’, and ‘he doesn’t deserve her.’ Really wants to make you pull your hair, but that’s another very weird, very real reason that girls get rejected by guys who like them.

I Miss the Guy Who Rejected Me

It’s alright to miss an old Tinder match who later turned you down, or even to miss someone who you’ve barely talked to but still like so much! It isn’t possible to rationalize your feelings if someone rejects you. You can’t unlike them using an On/Off button. However, there are a few tips you may practice to don’t worsen the situation any further!

1. If you’re on talking terms with him, just make sure that your rejection isn’t brought up too much since that can wound you even more. It’ll also make him feel guilty for something that isn’t his fault!

2. Try to convince yourself to move on and find someone new. Who knows, maybe there’s someone much better out there!

3. Get the closure you need. If the guy you like is willing to let you pour your heart out (and if you trust him with that), then go ahead. A great example is the conversation below, where the person wants to get the closure they need. However, they approach the topic respectfully, keeping in mind the other person’s boundaries. 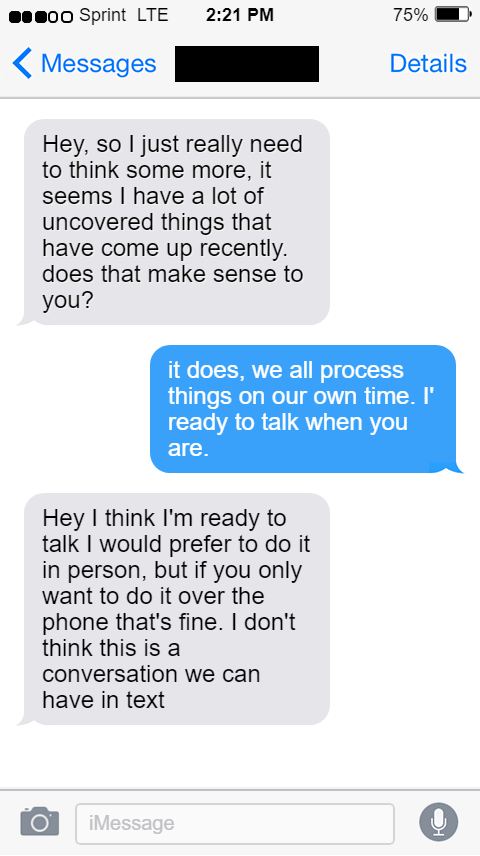 Or else, you can talk to a friend, get counseling, or just take a few days off for self-care. Whatever sails your boat!

As you can see, whether you text a guy who rejected you isn’t a straightforward issue. Hopefully, you now have a better idea as to what to do.  The purpose of this post is to help you maneuver your relationship hurdles and make dating fun and enjoyable. If you’re wondering how to get more matches or get him to reply without manipulating him, I’m happy to help! I’ve helped plenty of women improve their online dating success. So, get in touch today.