When a girl hangs out with you alone on a semi-regular basis, it could mean a lot of things. For one, some girls enjoy the company of their guy friends because they share common interests or personality traits.

Other times, when a girl wants to be around you alone, she may be trying to pursue a romantic relationship or is trying to get to know you better. Whatever the case may be, we’re going to take a look at what it means when a girl says she likes hanging out with you.

If a girl tells you that she likes hanging out with you and enjoys the time you two spend together, it means just that! She has a good time when it’s just the two of you, which could mean that she’s interested in pursuing a romantic relationship with you. But it also could mean that she just values the friendship the two of you have. More often than not, she’s interested in you romantically, and this is particularly true if she already has a group of friends that she hangs out with regularly.

What Does it Mean When She Wants to Hang Out?

On the other hand, if she just considers you a really close friend, she’s more likely to ask you to hang out with her and another group of friends.

If you take a look at the conversation above, she asked what his plans were and invited him out for dinner. Based on these texts, it’s clear she’s probably interested in him romantically.

If a Girl Knows You Like Her, What Will She Do?

Well, one of the main things that a girl will do when she likes you is asking you out! Of course, there are a number of reasons as to why she would ask you out, and the clues to these reasons will be in her body language and the way that she asks you.

So, let’s take a look at some of the reasons why a girl would ask you out.

If it turns out that she does like you, she’ll probably show signs of it through her body language. Here are some common body language cues that can let you know she likes you:

She doesn’t want to miss out on something

However, she might also show certain signs of attraction to you even when she’s around other people. She might stand closer to you if you’re with a group of friends, might look at you a lot, find excuses to touch you, and may try to engage with you in conversation more often.

She considers you a friend

She might also want to hang out with you just because you’re a good friend of hers. You’ll generally know this is the case when she invites you and a few other people to hang out at the same time. 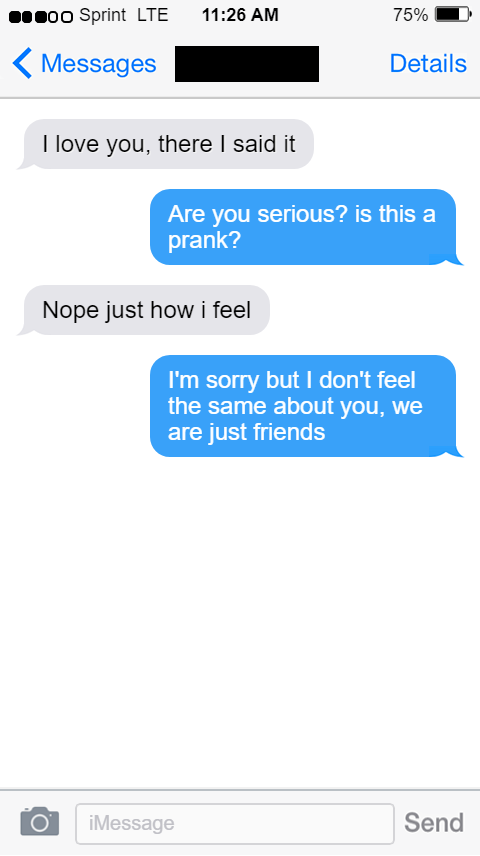 If you’re unsure about whether or not a girl considers you a friend or is romantically interested in you, rather than following the above example and admitting your feelings, simply ask her how she feels about you. You’ll save yourself a lot of embarrassment that way.

Her body language would also reflect this – she’s going to have the same body language around you as she does her other friends. Besides this, she may mention other guys she’s interested in and asks for your advice and feedback.

She Talks to Her Friends About You

Girls love talking about guys to their friends. There are a number of reasons as to why she would be telling her friends about you. Let’s take a look at them.

She’s attracted to you

One of the reasons why she told her friends about you is because she likes you. This is especially true if she’s telling them good things, and also if her friends talk to you about her in a good way. They would do this because they know that the two of you like each other, and they are trying to get you to talk to her.

Another reason why she told her friend about you could be that, for some reason, she actually doesn’t like you. This is more likely to happen if she’s not really saying good things about you to her friends. You’ll know that it’s happening if her friends also start to give you the cold shoulder. 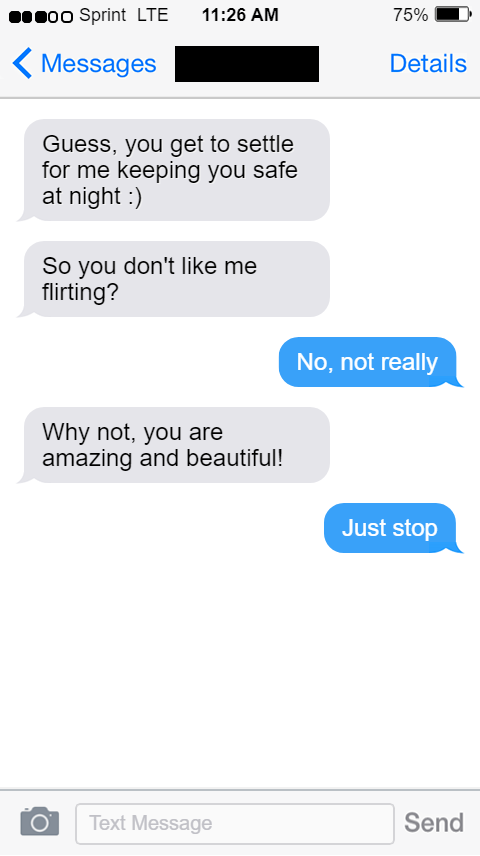 If you’re getting messages like the blue bubble in the above image, chances are she’s just not into you. If that’s the case, try not to be like the gray bubble here and persist after you know that she doesn’t appreciate your flirting. Rather back away and move on with your life! There is plenty of fish in the sea and there are many girls that would be interested in you.

There are also a few body language signs that could indicate that she doesn’t really like you:

If a girl has a negative opinion toward you, don’t take it personally. Not everyone is going to like you. If she doesn’t put any effort into the relationship, then the two of you are better off without each other. Simply move on and forget about the whole thing. You’ll both save time and avoid any frustration and heartache.

One of the best ways to start fresh is with dating apps like Tinder or Hinge. Check out some of the best Hinge conversation starters to get started.

If a Girl Likes You, She Will Make Time

This is a truth that many people have a hard time accepting, and it doesn’t just apply to girls. If someone really likes you, is interested in you romantically, and genuinely enjoys the time you two spend together, they’re going to make time to hang out with you more and be around you.

You won’t have to worry about waiting for them to respond to your texts or try to figure out what their ‘mixed signals’ could mean. More often than not, it will be very clear that someone is interested in you, and one of the most obvious romantic behaviors is making time to hang out with you.

She’ll make plans with you in advance so that you’re guaranteed to be able to hang out that day, and she won’t constantly reschedule or cancel. (If she does cancel or is flakey, those are red flags you should be aware of). When you are together with someone you like, there will hardly be a dry conversation. The conversation will flow smoothly, you’ll laugh, and most importantly, you won’t get ghosted!

At the end of the day, if a girl likes hanging out with you, at the very least, she just enjoys the time you two spend together. More often than not, this also means that she’s romantically interested in you, so don’t shy away from those intimate hangout sessions!

If you want to create a dating profile that will get you matches left and right, be sure to check out my dating profile ghostwriting services. Or, if you’re struggling to craft meaningful texts that will elicit replies, my text message feedback service can help.