Trying to understand a girl’s interest in you can be frustrating when all you have to work with is her text messages. So much isn’t conveyed through texting – sarcasm, excitement, and even interest.

But there are a few proven methods for checking if she’s friendzoning you over text. Keep reading to learn more. 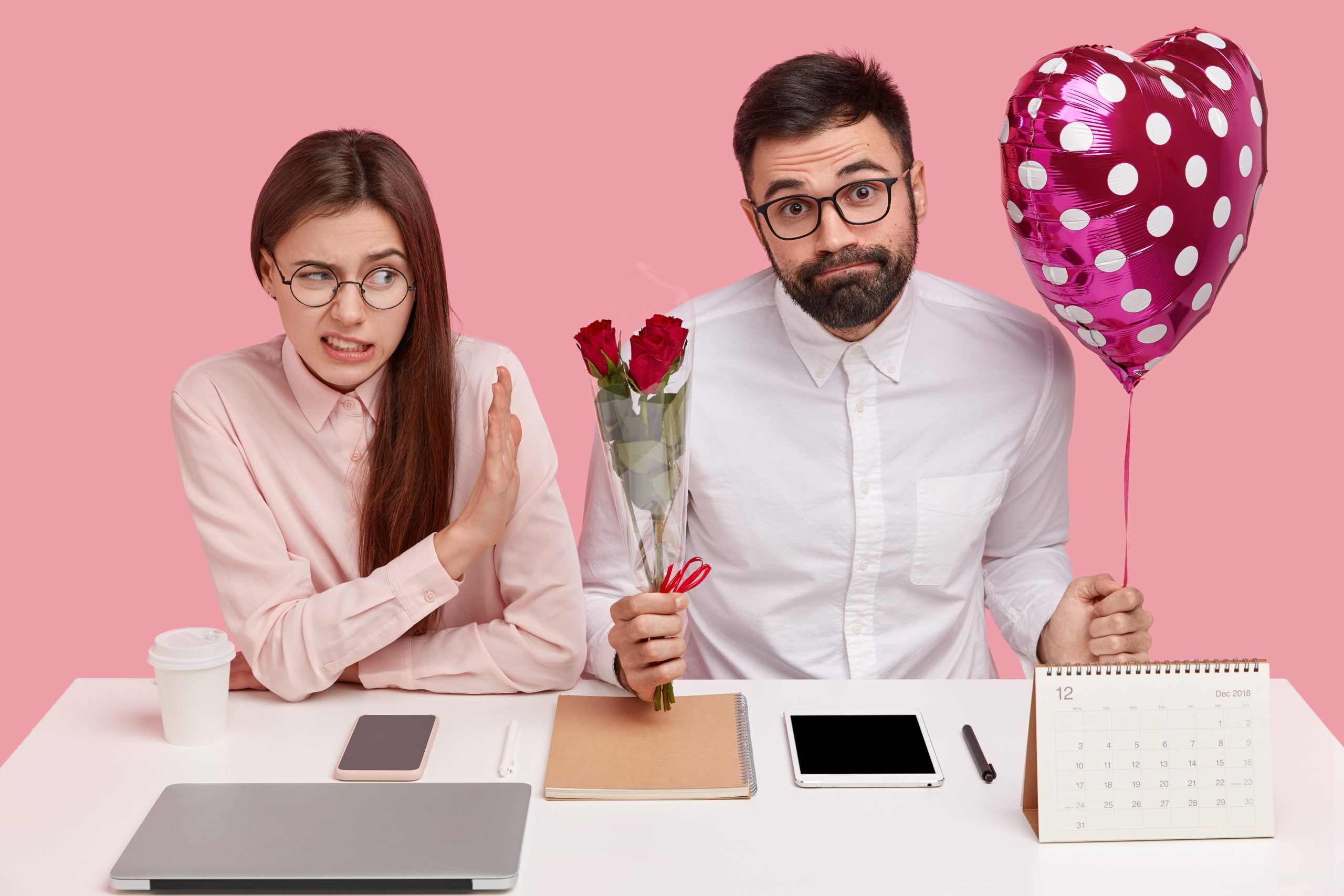 How to Tell if a Girl Is Friendzoning You Over Text

You can tell when a girl is friendzoning you over text if she takes forever to respond, calls you a friend, shies away from compliments, or avoids dates and phone calls. It’s sometimes hard to gauge, but looking out for those signs is the best way to tell if you’re in the friendzone.

1. She Takes Forever to Respond

This might not come as a shock, but it’s probably not a good sign if she takes more than a day to respond to your texts. It isn’t always the worst-case scenario – she might simply have bad dry texting etiquette or be super busy with work or school. Usually, it won’t take three years for a girl to respond, like in the conversation above. But, even more than a few days is enough for you to consider the fact that you might be friendzoned. 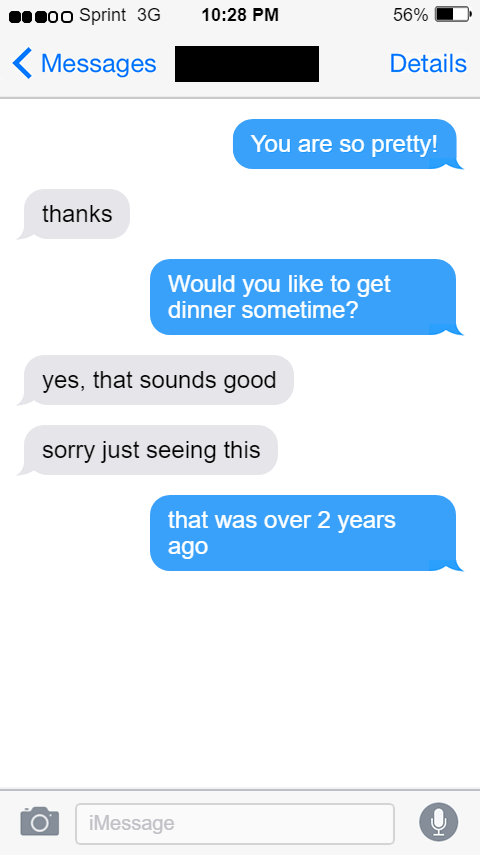 2. She Calls You Her Brother or Best Friend

One of the oldest tricks in the book is to check whether she’s ever told you you’re “like a brother” to her or “her BFF.” Though friendship is essential in a relationship, she most likely isn’t thinking of you that way if she’s saying anything along those lines.

3. She Shies Away from Compliments

If you’ve ever gone with an icebreaker compliment like, “You are so beautiful,” and she avoided responding, she’s probably shying away from compliments. Most likely, she doesn’t want to give you the wrong idea by saying, “Thank you,” or “You’re handsome too.” Instead, she’ll avoid responding and change the topic.

4. She Avoids Phone Calls or Dates

When a girl is interested in you as more than a friend, she’ll likely jump at the chance to have a phone call or date with you. In some cases, she might just be nervous and avoid a date for that reason. But most times, it’s a sign that she wants to keep things friendly. 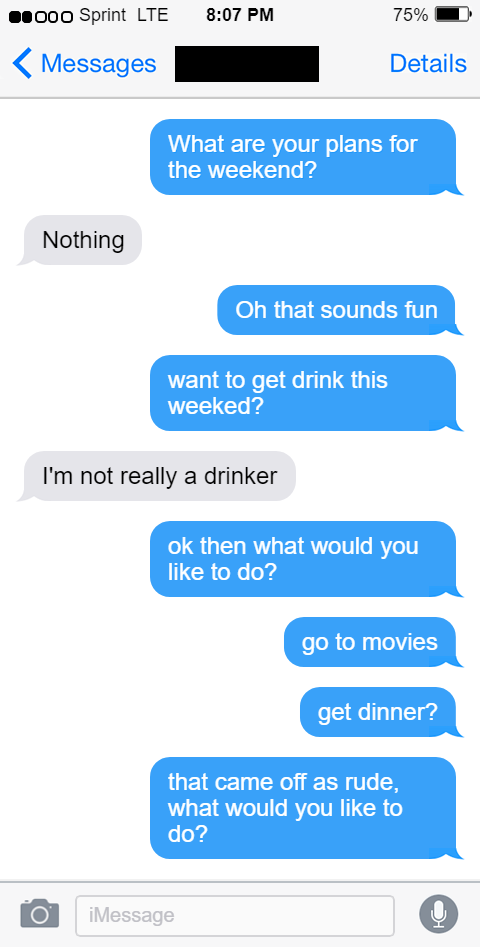 When a girl is interested in you as more than a friend, she’ll likely jump at the chance to have a phone call or date with you. In some cases, she might just be nervous and avoid a date for that reason. But most times, it’s a sign that she wants to keep things friendly.

Learn more about how to build a profile that gets matches, dates, and replies.

If a Girl Texts Me Every Day, Am I FriendZoned?

So you’ve considered all of the above signs that you’re in the friend zone. But what about when she texts you every day? In most cases, when a girl texts you every day, it’s a sign that she’s interested. But if you want to be sure, you can check three elements of her responses.

1. Does she talk about guys she likes?

Most girls avoid talking about the guys they like if they’re interested in someone. In other words, if she wants a relationship with you as more than a friend, she likely won’t mention other guys in her texts. 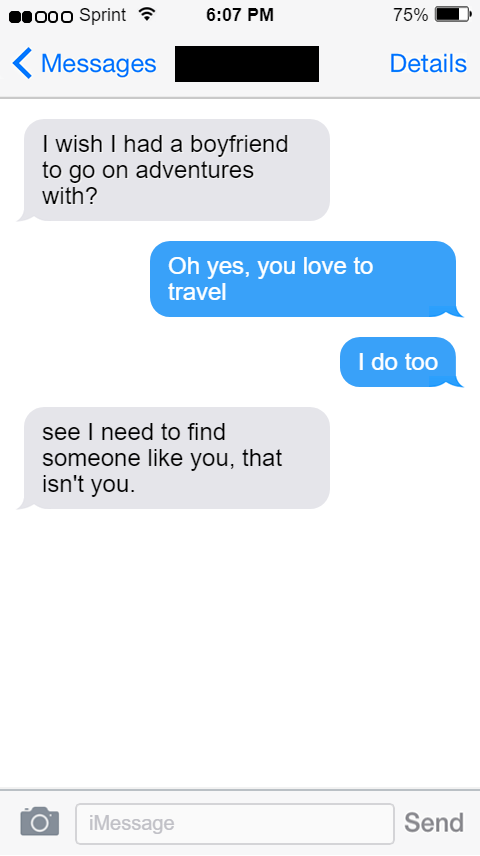 In the conversation above, the girl talks about how much she wants a boyfriend. She sees the other guy as only a friend. Otherwise, she’d realize he could be the perfect guy for her.

2. Does she tease you back?

A lot of people like to flirt by teasing each other. When you’re having trouble telling if she wants to be more than friends, take a look back at your messages. If you see a lot of flirting and teasing from both sides, like in the conversation below, then you’re probably in the clear to move things forward. 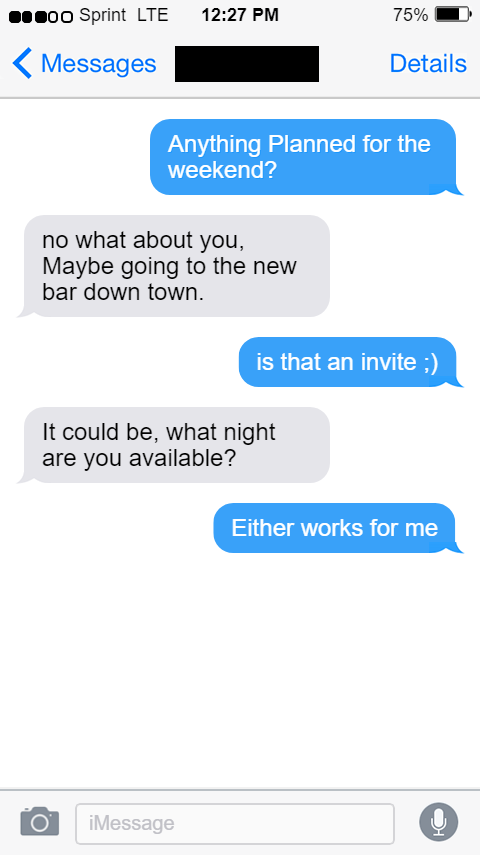 3. Does she send long texts?

It’s easy enough to send a one-word text every day, but what really shows interest is when a girl sends long, thoughtful texts and conversation starters daily. Look for texts with prompts and questions, deep thoughts, and more than one sentence. If her texting habits are lengthy and she texts you every day, she probably wants to be more than friends.

She Friendzoned Me After Dating

One of the most painful times to be in the friendzone is after you’ve already dated a person. Maybe you went out on a few dates with someone, and later she decided she only wanted to be friends. Or you had a relationship, but she ended it and now wants to be pals.

Regardless of how it happened, it can hurt when you get friendzoned after dating. If you’re dealing with that, there are two ways you can handle it:

If you forgive her and try to be friends, you might build a beautiful friendship, but that can be hard to do if you still have feelings. The other option is to end the friendship. There’s no shame in telling her that doesn’t work for you and moving on like the person in this conversation. 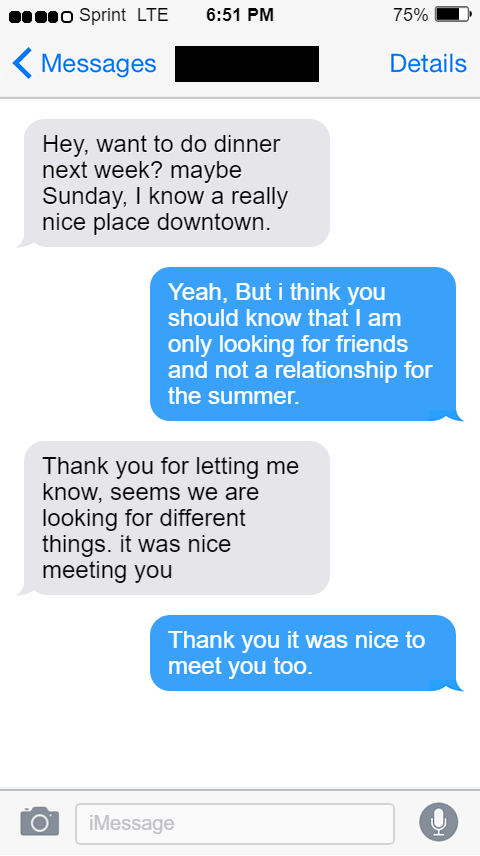 The text conversation above is an excellent example of two people who navigated the friendship issue perfectly. He kindly told her he wasn’t interested in maintaining just a friendship because he was looking for something else, and her response was equally as nice. Now they can move forward and find what they’re looking for in other people.

Best Response to Being Friend Zoned

It’s hard to know what to say when a girl tells you she just wants to be friends. You might feel embarrassed, hurt, or confused. Before lashing out, think through your response to ensure you don’t say something you can’t take back.

Your response will differ depending on your previous relationship with her and how long you dated. If it’s a new relationship and you only went on a few dates, try something like: 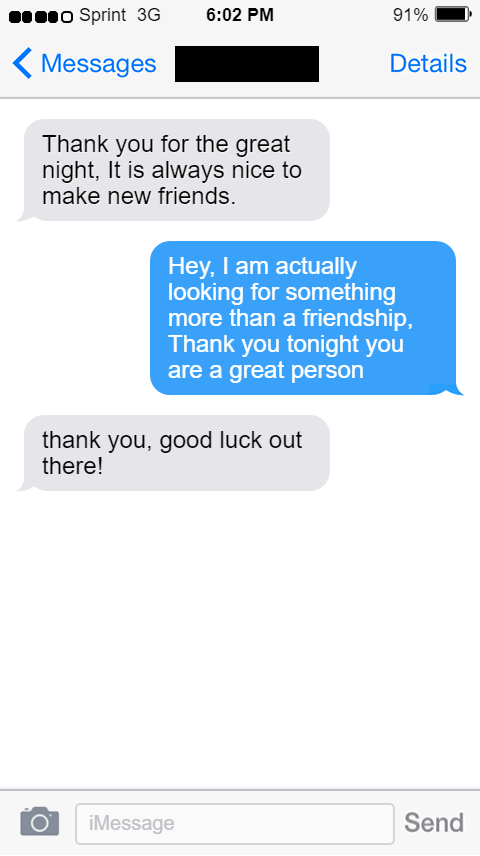 For example, this person made their expectations clear and that he wished her the best. It ended positively on both ends.

But, if she told you she wants to be friends after a few months of dating or a full-blown relationship, your response might be a little different. You can send a text along the lines of:

The best response to being friendzoned is one that is honest, kind, and protects your feelings. Don’t tell her you want to be friends if that’s not something you think you can do. It’s better to be honest with her, just like she was honest with you.

She Friendzoned Me, Should I Ignore Her?

Some girls mean it when they say they want to stay friends, even though you like them as more than a friend. It’s up to you to decide how you want to build your relationship post-friendzone, and whether you do at all.

If this girl is important to you, and you can see a situation in which you’re completely okay with being friends, then ghosting her is a bad idea. However, if you don’t see that happening because your feelings for her are too strong, tell her that. Try to avoid a harsh response like the guy in the conversation below. His response eliminates any chance at friendship or a relationship in the future. 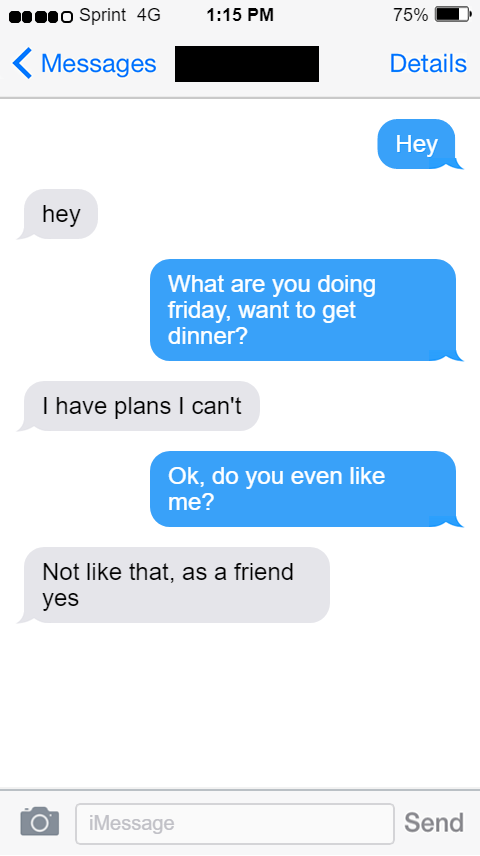 Whatever you do, just be honest with her. If you’re honest that you don’t want a friendship and she continues to text or call you, it’s okay to ignore her then.

Navigating the treacherous terrain of online relationships, texting, and dating can be stressful and challenging. If you’re struggling with messaging or chatting with girls or guys on Hinge, Bumble, Tinder, or OkCupid, I can help.

Not only can I ghostwrite an attractive online dating profile, but I can also help you when you’re chatting with matches. Learn more about my online dating strategies and how you can have the most success in dating, relationships, and love.