Getting caught in the friendzone might as well be every young man’s biggest fear. After all, what’s more heart-wrenching than finally working up the guts to confess your feelings…only to be turned down?

However, despite all this, getting friendzoned is more common than you’d think. Interestingly, though girls do it because they genuinely don’t want a romantic relationship, some do it for the chase.

Does Friendzoning a Guy Work?

To answer this question, you’ll have to first understand your intentions.

Are you friendzoning him because you don’t like him, or is it an indirect tactic to invite him for the chase? Or perhaps you’d like to get to know him better first and make an informed decision later on.

If you’ve put a guy in the friendzone because you truly can’t see yourself being romantically involved with him, that’s okay. It’s excellent that you’ve made your intentions clear to him. Now, both he and you can go your own ways romantically and find someone you’re each compatible with.

Or, perhaps you’ve friendzoned him because you don’t want to ruin your existing friendship by forcing a romantic relationship. In this case, your text responses to his confession may have looked something like this:

In this case, if he doesn’t continue to chase you romantically, you can consider your friendzone tactic to be a success. Any self-respecting, decent guy won’t continue to pursue a girl who’d given him a clear explanation of why she wants to remain “just friends.”

However, things aren’t this simple if you’ve friendzoned him because you want to see his reaction. You might want to learn whether or not he’ll stay interested in you despite being placed in the friendzone. Or, maybe you’d like to see him go the extra mile to prove his romantic affections towards you.

Firstly, if a guy truly cares about you, he’ll respect your wishes. He will do his best to stay within the relationship boundaries you’ve laid out for him. If he continues to chase after you with a fiery passion, he’s evidently disregarding your boundaries. This still applies even if your intent was for him to chase you. As long as you’ve told him that you’d prefer staying “just friends,” he should respect your wishes. 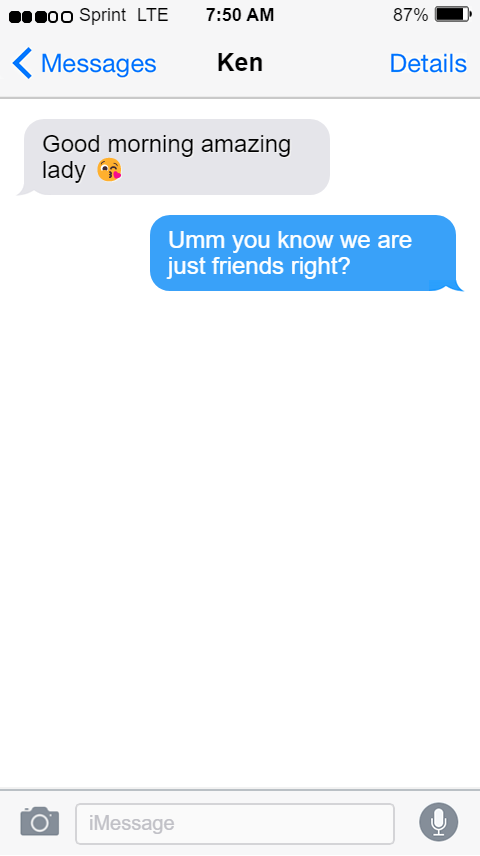 He might still have feelings for you but will likely work towards getting over them. Or, if he can’t forget about you, he’ll at least try to maintain a healthy distance between the two of you. He might still try to look out for you – you’re still his friend, after all. But he’ll do his best not to overstep his limits and make you uncomfortable by engaging in explicitly romantic behavior.

So, if you want him to chase you, try texting him back slowly – or not at all. Here’s a helpful guide explaining how not texting a guy back might make him want you more. This is a much better alternative than friendzoning him. At least now he’ll know you want to be chased!

Friendzoning a guy you like may not always work out the way you want it to. In some cases, he might even start taking much longer to text back. Check out this article on why a guy may suddenly start taking so long to respond.

But, if your guy friend continues to respect you even after being friendzoned, you’ll know he’s a keeper! And, if you feel like his feelings haven’t faded with time, you can always confess to him later. This brings us to our next point…

I Rejected Him But Changed My Mind

Ideally, you should not have friendzoned a guy you were genuinely interested in. But maybe it just felt right at the moment, and you’ve changed your mind now.

If that’s the case, don’t fret. As long as he hasn’t moved on from you, you can still take him out of the friendzone. However, remember that this might not be as easy as you’d have liked. Sure, some guys might bounce right back and happily agree to date you. But there are also many guys who would question whether the sudden confession was genuinely heartfelt or not.

The best way to work through this issue is to face it head-on. Ask him when he’s free and strike a conversation about the topic with him. Let him know why you turned him down at first and why you’ve changed your mind. If he feels like the relationship is still worth pursuing, he’ll be happy to join you on a date!

I Rejected Him, and He Ghosted Me

Here’s another potential way in which things could play out. You turned him down by placing him in the friendzone, and now he’s ghosting you. 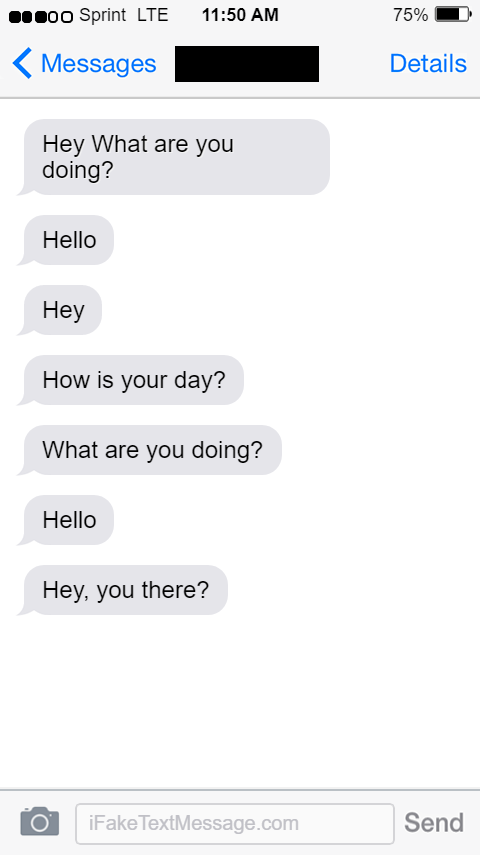 He might suddenly start completely ignoring your texts or even your presence in person.

This is a normal reaction for many guys. It takes a lot to lay your feelings on the table. Most guys are afraid to be that vulnerable, and you can’t blame them for it! The fear of rejection is very real.

A guy might start ghosting you after being put in the friendzone because he’s busy working through his emotions. He might be feeling everything from regret to sadness to confusion. So, if he’s ghosting you, you should ideally give him the space he needs. If you want, you can check up on him by shooting him a friendly, caring text.

Some guys might even start texting other girls on Tinder. If you’re sure he isn’t the one for you, you can always try and do the same. So, if you’re looking for love online, here’s a great article covering the best ways to start a conversation on Tinder.

He Blocked Me After I Rejected Him

Though this reaction might come across as harsh, it isn’t all too uncommon. A man who’s just put his heart out may feel like cutting you out of his life entirely – at least for a while.

Of course, this isn’t a mature way to deal with things. That being said, it still does happen. It’s best not to take it too personally. You’re better off talking to someone who has a more mature approach to love. So, if you’re getting back into the dating pool, why not check out these excellent Bumble icebreakers. You should also try and make an attractive profile. This will help you get plenty of matches. Here’s how to create an attractive dating profile on Hinge and Bumble.

And in case you were wondering, here’s how to tell if someone has blocked you on iMessage.

A blue text that’s suddenly turned green and doesn’t say “delivered” under it shows that you’ve been blocked.

Note: Sometimes, a green text means that the person you’re texting has run out of iPhone storage. So, be sure to consider this before confirming whether or not he’s actually blocked you!

He Stopped Pursuing Me After I Rejected Him

If a boy stops pursuing you after being put in the friendzone, take it as a good sign. Here’s a guy who actually respects boundaries! But if you initially friendzoned him because you wanted him to chase you, his distant attitude may not align with your goals. This is why it’s always better, to be honest with your feelings.

If you’d like to pursue a relationship with someone, try telling them how you really feel! If you need more time and don’t want to commit right away, clearly communicate this instead of blatantly friendzoning them.

Of course, if he’s being extremely rude in person and ignoring you on text, you can always consider blocking him. Avoid making any hasty decisions, though! Check out this helpful article for guidance on whether or not you should block someone who ignores you.

Hopefully, this article will have given you clear insight into what could happen after you friendzone a guy. In some cases, he might continue being your friend. But in others, he might move on.

If you feel like he isn’t going to chase after you anymore, consider finding a new potential partner. As a dating profile ghostwriter, I can help you create an excellent profile that gets plenty of matches. Check out my services for more details now! You can also ask for detailed text message feedback by clicking here.