So, you had a great time at the rodeo, or the fine diner, or the bookstore, or the skating rink with this new Tinder match of yours, right until now! When the date is about to end, both of you are planning how to make the exit, right? You’re also deciding how to subtly hint whether you want to take the relationship ahead or not.

Well, if they drop you off with just a quick ‘Goodbye!’ or ‘Thanks!’, these signals can be harder to detect, meaning they’ll resort to texting a proper farewell. If they’ve texted you ‘Take care’ after the date, here’s a guide to help you understand what they’re saying!

Take Care After Date – What Does it Mean?

‘Take care’ sounds pretty simple, thoughtful, and confusing at the same time. As I’ve advised my previous clients as a dating messages consultant, the context is always highly crucial when dealing with such conversations. The fact that you are new to each other may give way to awful misunderstandings which can have terrible consequences later on.

When you hear the term ‘take care’, it can mean a dozen different things according to urban dating dictionaries. They could be friend-zoning you, blocking you from Hinge, ghosting or soft ghosting you, or just responding to your OkCupid icebreaker in a pretty cunning manner! ‘Take care’ is a tricky term that may only be seemingly innocent but taunting or may seem like a dry conversation cue while actually being a gesture for genuine concern.

Like I said, context matters. This term fits a conversation when their texts are getting shorter, or when you are the one replying late, or when you’ve had a horrible day, and they want to be by your side as you pour your heart out in text messaging on your mutual dating app!

For starters, here are some common themes that may give you an idea of what they mean:

Are you mad about something that may or may not be relevant to your date? Do they know you’re mad, but they don’t know why? If this is the case, then saying take care is perhaps the safest exit cue in dating. They don’t want a fight, so they let you have some space while they try to figure out this bitter spell. 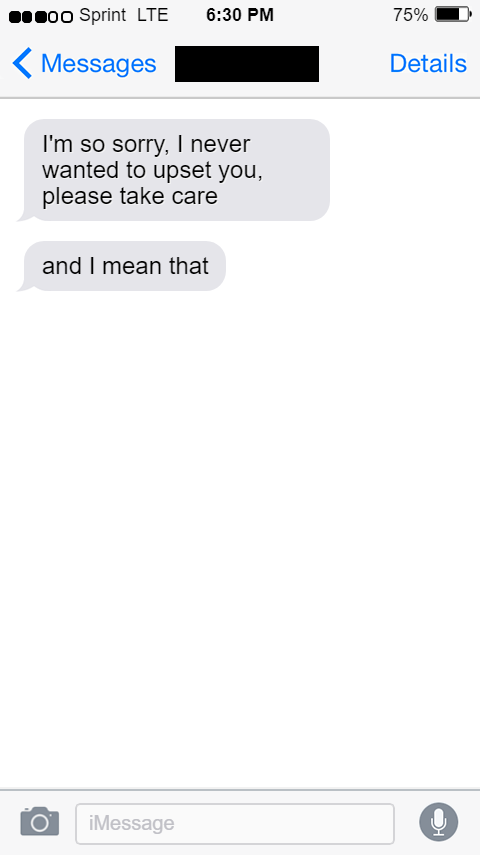 This text here, for instance, is a fine example of a ‘take care’ DM to someone who may be upset over something. It shows concern, but it also doesn’t build the other person’s hopes up too high!

Even though you feel like your date went well, they may not be feeling the same for whatever reason. They may be thinking of their ex, they may be wondering if they can make time and efforts for someone they’ve met through a dating profile, or they may simply be confused about your compatibility with them!

What’s worse, a confused person may not always use the same words because they keep changing their mind! 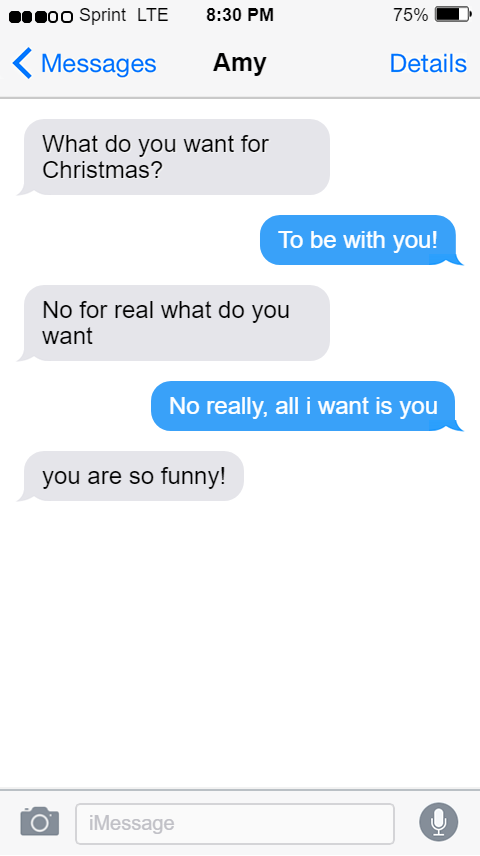 The conversation above is a great example of this. It’s showing someone saying something caring in this way, indicating that they’ve friendzoned you even though that may not have been their intention!

They probably spent themselves a little too much while dating, so none of your post-date conversation openers may be enough to raise their spirits. They’re just not up for being chatty right now, so it looks like a dying conversation in your PMs! In reality, though, they have no energy left to say anything long and cheesy, so they use a straightforward ‘Take care!’, and they mean it until they see you again!

When a Girl Says Take Care After a Date

Girls are often — and sometimes wrongly — thought of as the more confusing ones when it comes to dating. They find it harder to trust the person they’re dating, which is why they may not want to give you a direct signal until they’re sure about how they feel. So, when a girl says take care after a date, here’s what it could be:

Overthinking in your dating life may look something like this: 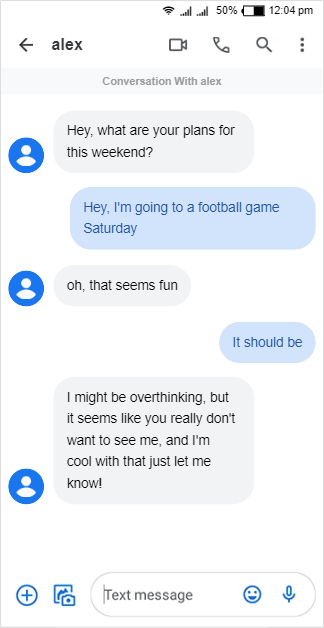 Or it may be in the form of more subtle prompts, such as mild flirting or saying ‘take care’ when the girl wants you to leave her alone!

You may feel like a lost cause when someone you dated is being ‘nice’, but if you pair this niceness with the first reason, there’s nothing too wrong! She’s most probably overthinking and doesn’t want to lose you, either so she’s asking you to look after yourself until she has sorted herself out. In a nutshell, she doesn’t want to hurt you!

What Does Take Care Mean From a Girl?

Ideally, it’s supposed to be a positive, wholesome text message. Someone genuinely interested in you won’t only tease you in online dating but will also show their more affectionate side in the form of care and concern.

If you feel like this girl has taken much time to text you how she feels or if she’s into dating on Bumble, then her asking you to take care isn’t a source of too much worry or caution! Instead, it’s respectful texting etiquette! She has taken her time to process her feelings, craft her words, and is showing signs of care for you.

If you ask me, then this could easily indicate that she doesn’t want to lose you! But if you’re still concerned about the context in which she has asked you to take care, I may help by rewriting your dating bio in a different way to see if you invite her flirt, get friendzoned, or face rejection!

When a Guy Says Take Care at The End Of Date

Okay, let’s talk about what guys mean when they ask you to take care! It’s pretty much the same set of rules that applies here. The context is the most preeminent part in figuring out the exact meaning of the phrase. A guy could say take care when:

This way, take care would mean something like ‘stay safe!’, especially if it’s late and dark, or if you live alone or if there’s any other reason requiring genuine worry!

2. He Has Nothing Else to Say

If he’s a simple guy, he may not bother to come up with heartfelt messages every single time! So if he says take care at the end of a date, he might as well mean it for that specific moment only!

When Someone Says Take Care, How To Reply?

Alright. There are quite a couple of ways to respond to this phrase that you can use to get an exact idea of any hidden meanings!

There’s nothing wrong with reciprocating their concern, right? If they asked you to take care, for the time being, this phrase may raise no alarm. But if they sound slightly off after you said ‘You too’, then that could mean that they may have been trying to mean something else.

This is another simple response to an apparently simple phrase. This one helps you play it safe, but it’ll also close this conversation!

This is a tad riskier, but it’ll help you get a final answer without reading too much into things. 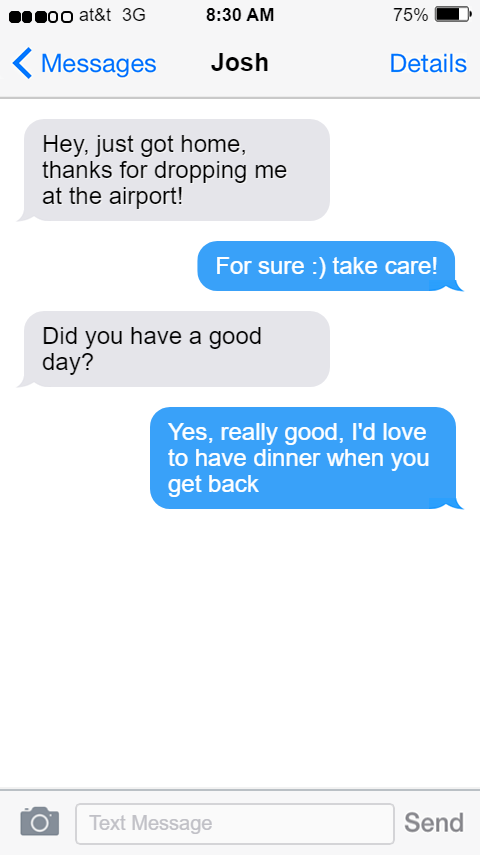 This conversation is a great example of how to reply to take care when you want to see the person again.

Again, this one’s risky, but it’s also a lifesaver! If their text doesn’t clear the air first, this response of yours definitely will. It’ll also help you understand if something went wrong during the date.

Dating life is a whirlwind of miscommunication, especially when you’re new to it! If you’re facing trouble in breaking down the code words your partner uses, feel free to drop a message in my inbox or look at the range of services I offer to help you in the dating world.