So, you finally mustered up the courage to tell her how you really feel…only to be rejected.

There’s honestly no feeling that comes close to it. Rejection never feels pretty, but it happens to the best of us. In this article, we’ll go over what steps you can take after being rejected by a girl you like. We’ll also discuss whether or not it’s worth blocking her, and how to react if she ever cuts off contact herself.

Should I Block a Girl Who Rejected Me? 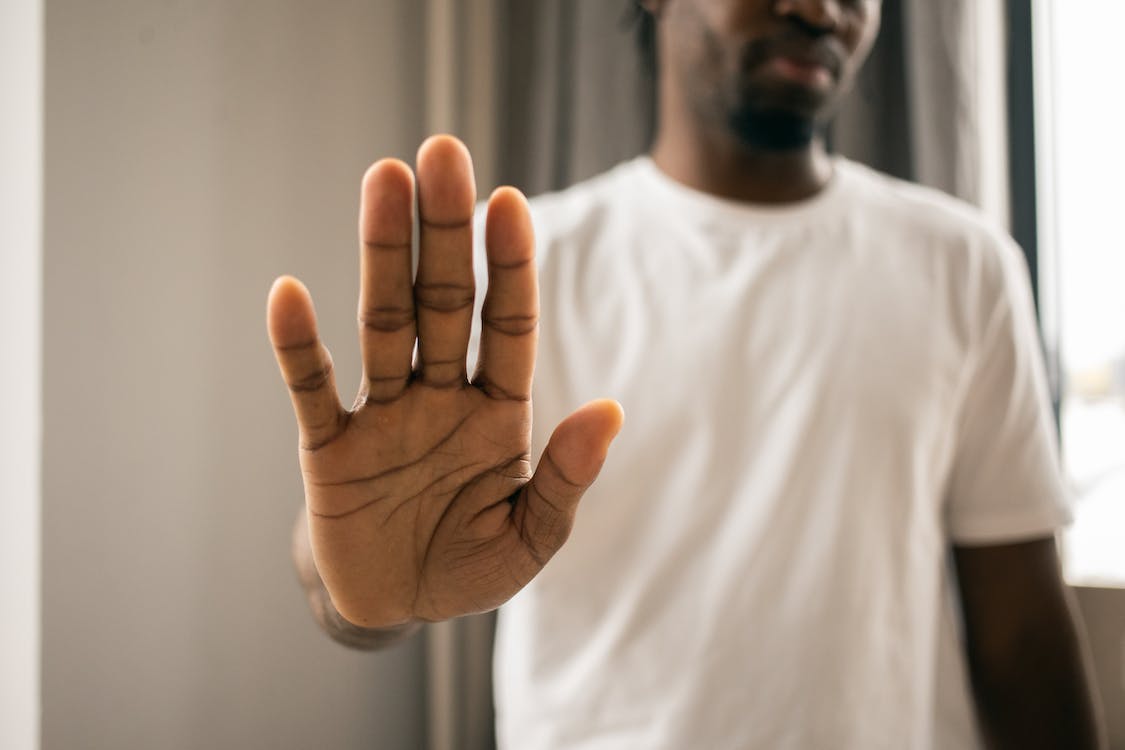 Whether or not you should block a girl who rejected you depends upon a number of factors. Firstly, how close were the two of you before you confessed? Second, how harsh was the rejection and has she shown any signs of perusing a platonic relationship with you?

Answering these questions will help you understand which route of action is the best for you (and her.)

Let’s start by discussing the first question: how close were you two before the confession?

If this girl was a close friend, it likely isn’t worth breaking the relationship off. If you two have history that’s worth preserving, don’t shy away from staying friends.

It’s a good sign if she continues to make an effort to text you despite the rejection. This likely means that she’s okay with being friends. Here’s an article to check out if you want more clarity, though.

Plus, if she’s your friend, she may have rejected you politely instead of being rude. Here’s an example of what this could look like:

In this case, there’s a solid chance she’s still looking forward to being friends.

However, you might want to give things a few days before you two start hanging out again. Allow both her and yourself some time off, if you feel it’s needed.

Assuming you’re both adults, you two can even have a mature lead-up conversation after the rejection. This will help you two process what happened better, and then decide how to progress within your current friendship.

Some people may choose to part ways, but others wouldn’t mind staying good friends. It all depends upon what they’re like, and what kind of culture they’ve been brought up in. If they’re cool with staying friends, and you don’t mind either, then don’t why away from continuing it. However, be sure to set healthy boundaries so that the two of you don’t get entwined into a sticky situation in the future.

For example, you can talk about what is and is not allowed within the friendship. Ask them if they’re okay with hugs, or with hanging out in groups. It might be better to avoid being together alone. This could make you relapse into your old emotions. Be sure to afford yourself the space you might need, too.

However, if she rejected you in a cold, mean way, there’s not much point in keeping her around. She may have used harsh language or an offensive joke. Here’s an example of what this looks like: 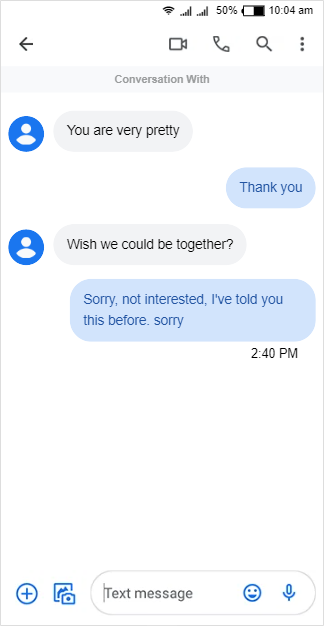 She might even have given you a silly reply without much thought. If she isn’t taking your confession seriously, she probably wouldn’t have taken your relationship seriously either. 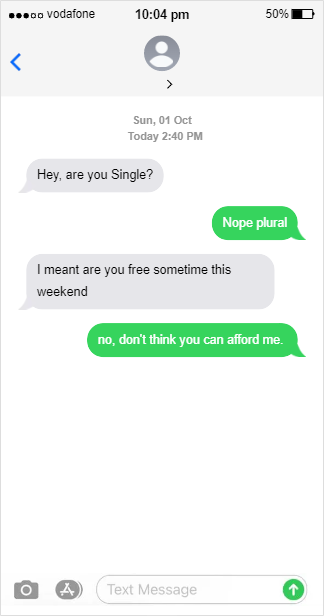 If that’s the case, you should consider searching for a new potential partner. Here are some excellent icebreakers to use in your next Tinder conversation. Or, if you’re just starting out on Hinge, check out these exciting dating profile bio tips.

Back to the topic, though: if she’s been extremely rude, you should definitely stop talking to her. Here’s a helpful article with more information on when to stop texting a girl.

Or, you could even block her from your texting app. This might help you stop yourself from drunk dialing her at a low moment.

So, if you feel like blocking her will help, go for it. However, don’t block someone to who you’re close. This will only hurt her emotions and ruin your chances of getting together in the future. This actually brings us to our next point…

Can Someone Change Their Mind After Rejecting You? 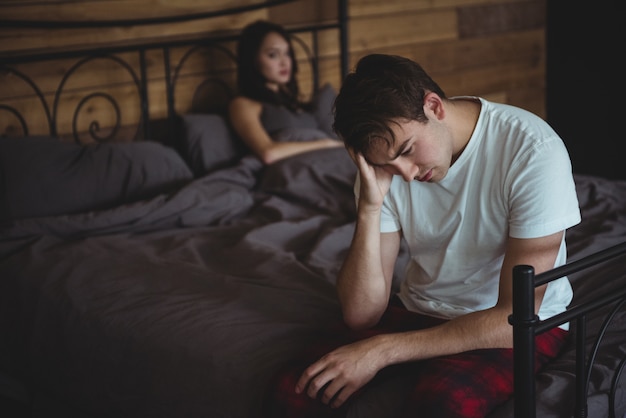 Yes, it’s completely possible for a person to change their mind after the rejection. However, there’s no guarantee that things will turn out this way for you. There might be a slim chance of your crush coming back to you, but don’t bet too much on it.

There’s also a chance that their rejection didn’t truly come from the heart. They may have chosen to not pursue things because they didn’t feel ready to be in a committed relationship. In this case, they might come back to you later. However, don’t expect them to confess too soon. It might be a long time before they’re finally ready to commit – if you haven’t moved on by then, of course!

On that note, if you’re looking to connect with new potential partners, check out this helpful article on Bumble icebreakers.

Ghosting a Girl Who Rejected You 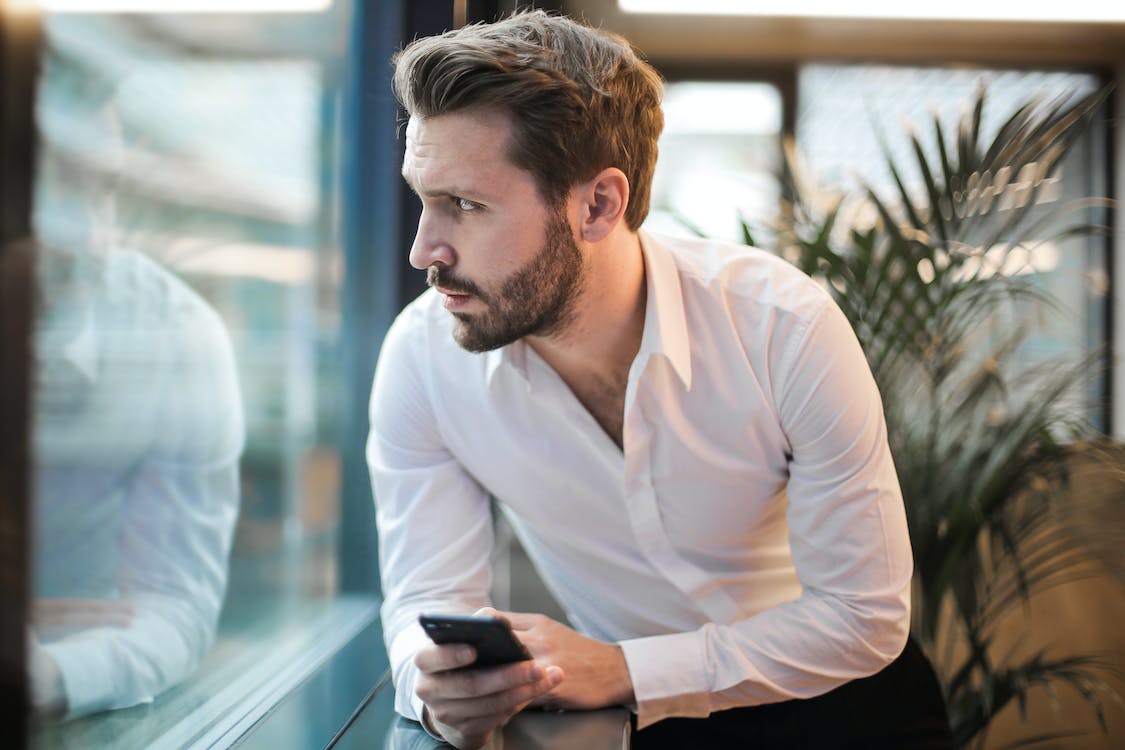 If she’s texting you despite the rejection, you might be tempted to ghost her.

This might be because you’re not in the mood to talk to someone who just rejected you. Perhaps you’re still hurting after being turned down. Or, maybe you’re mad at her for not reciprocating your feelings.

While it isn’t fair to be angry at her, it’s completely normal to feel hurt after being turned down. These feelings of hurt don’t mean you’re weak. They just prove that you’re a human being with emotions, and there’s nothing wrong with that!

All of these feelings are natural. However, ghosting her when she’s making an active effort to reach out to you may not be the best decision.

If you need space after the confession, let her know. Chances are she’s just trying to check up on you and see how you’re doing. So, do both her and yourself a favor and honestly tell her that you need space. Be kind, and you’ll receive kindness from her, too. Here are some texts you could send:

But if you’re set on ghosting her, try ‘soft ghosting’ instead of ignoring her completely. Here’s what soft ghosting looks like 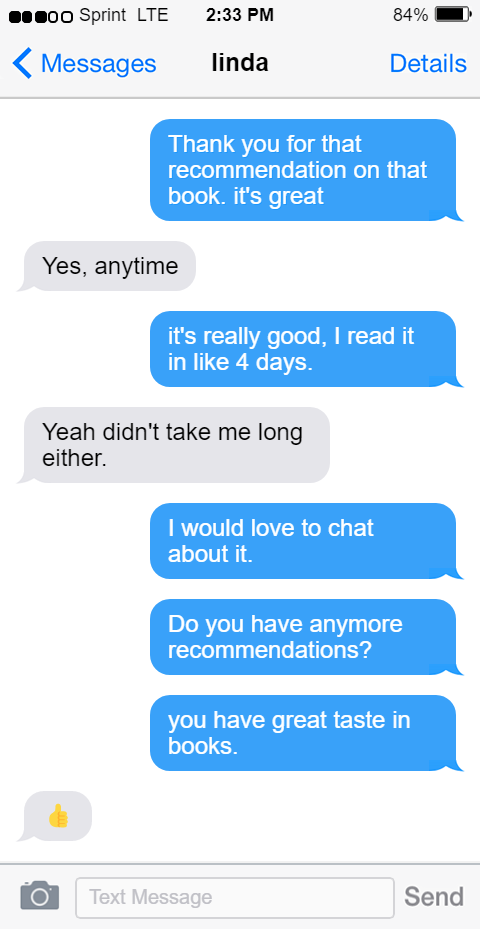 You can simply like her texts instead of ignoring them altogether.

Still, it’s much better to talk to her directly and let her know that you’ll be needing some space. Having a mature conversation can help clear the air and prevent confusion in the long run.

If you’re still confused, you should definitely check out this article on texting a girl who’s just friendzoned you. Reading it might offer some clarity and help you make a mature decision regarding your post-rejection relationship with her.

Walking Away From a Girl Who Rejected You

It won’t be easy at first, but walking away from a girl who rejected you can be a liberating process. Now that you finally know how she really feels, you can begin the process of moving on.

Remember, by telling you the truth about her feelings, she’s actually done you a commendable favor. She chose to be honest with you instead of tagging you along for the ride – nothing hurts worse than being lied to!

“A clear rejection is always better than a fake promise.”

If the girl who rejected you hasn’t been texting you at all, it’s better to let things be as they are. Here’s an excellent article explaining when you should block someone who’s consistently been ignoring you.

However, if she’s an old friend, you might be missing your platonic bond, too. In this case, you can try reaching out to her after a couple of days.

Rejection seldom comes easy, and that’s okay. Feeling hurt after being turned down by the apple of your eye is completely normal.

Try allowing yourself space and time to heal. Don’t rush into anything you’re not ready for, like a new relationship just to spite the girl who rejected you.

When you’re finally ready to start dating again, though, you should definitely look into my helpful services. As a professional dating profile ghostwriter, I can help you write an excellent dating app bio that gets plenty of right swipes. Check out my dating profile writing and text message feedback services and take your online dating success to the next level!