Rejection stings. The first few moments after being turned down by the apple of your eye can be extremely painful. Luckily, the pain heals over time. However, one important question still lingers: how should I behave around someone who just rejected me?

At first, we may decide to bash that person upon impulse. Or, we may try and convince them to like us back by giving them endless reasons why we’d be perfect together. Some of us might even decide to ignore this person completely.

So, if you’re unsure about how to react after being turned down by a potential lover, don’t worry. In this article, we’ll discuss whether or not it’s okay to ignore someone who just rejected you. We’ll also explore related ideas, including what goes on in a girl’s mind after rejecting a guy.

Is It OK to Ignore Someone Who Rejected You?

Rejection can take many forms. Some people prefer taking a subtler route along the road to rejection. Here’s an example of what this typically looks like: 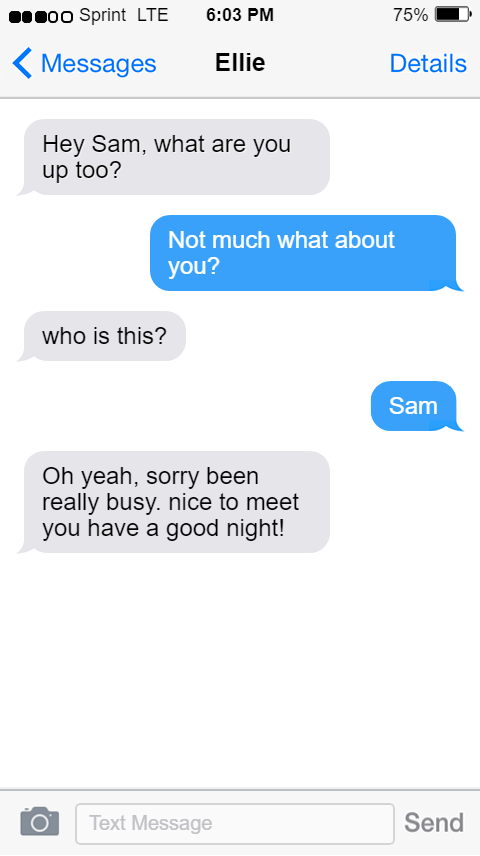 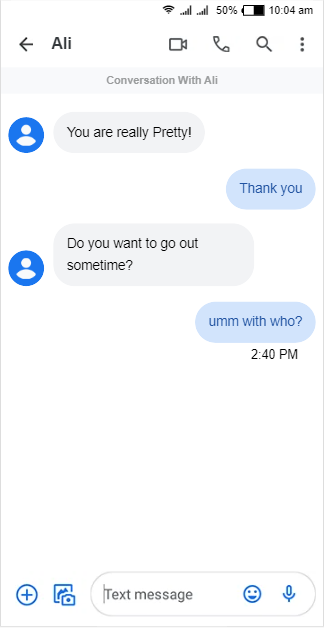 This one didn’t work out.

Either way, chances are you may be feeling confused or hurt. Plus, there’s always that post-rejection awkwardness to deal with…

Many people feel the best way to address this awkwardness is by ignoring the person who rejected them. In all honesty, there’s nothing wrong with choosing to take this route. So, if you feel like ignoring your crush is the best way to deal with rejection, go for it.

Dealing with romantic rejection can be emotionally challenging, especially if it comes from someone you really liked. This isn’t the same as a casual Tinder rejection – which, by the way, you can avoid by using these excellent conversation starters. Instead, reality can suddenly begin to feel significantly harsher after getting rejected by someone you were heavily emotionally invested in.

So, if you feel like you need some time off from interacting with your crush, allow yourself that space. You’re only human, which means it’s natural to feel hurt, followed by a need to retreat from what hurt you.

Depending on the nature of your relationship with your crush, you may or may not want to go back and discuss things with her. For example, you two may have started as good friends. In that case, you should definitely try and continue the friendship despite the rejection. But first, allow yourself time and space to get over your hurt feelings. Then, once you start feeling better about things, go ahead and resume the friendship. Don’t shy away from talking to her but be sure to set boundaries so you don’t get too emotionally involved again.

In some cases, she might reach out to you first in the post-rejection period. A good friend would likely do this – given she isn’t feeling too overwhelmed after your confession herself. This brings us to our next point…

Should I Ignore Her Texts After She Rejected Me?

If a good friend had rejected you but still made an effort to text you after it, please don’t ignore her. If you still feel like you need some personal space, let her know!

Text her back and make your decision clear. Let her know that you’d like to stay friends but require some time off from the friendship for now. Be careful with your tone, though. You don’t want to be harsh towards her solely because she rejected you (unless she was extremely rude herself).

Once you’re ready to start conversing with her again, go for it! Here’s a helpful article on initiating a text convo with a girl after a long time.

How Does a Girl Feel After Rejecting a Guy?

Just like guys, every girl is wired differently. Depending on her relationship with him, she may feel terrible, guilty, sad, or even fine after rejecting him. Regardless, though, most girls will feel empathetic towards the guy they’ve just rejected because they understand the guy’s pain.

Suppose the guy she rejected was a close friend or brother figure in her eyes. In that case, she’d likely feel awkward or upset after rejecting him. However, if he was just an acquaintance or a Bumble match, her feelings probably wouldn’t be as strong. Still, some girls might feel bad about the rejection. As a result, they may try and be extra sweet towards you, like in the screenshot below: 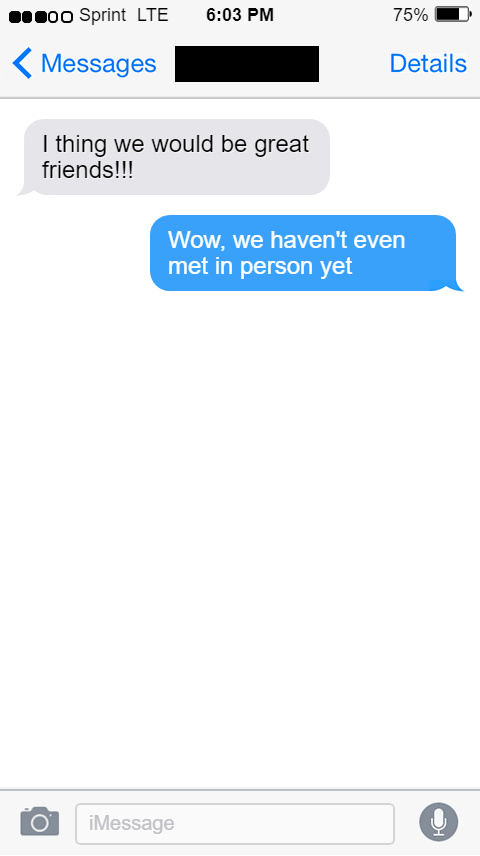 Can a Girl Change Her Mind After Rejecting You?

Though it isn’t too likely, there’s still a slim chance that the girl you like might reverse her rejection. Still, don’t bet on it too much, especially if she hasn’t attempted to reach out to you again.

It’s far better to redirect your energies to someone who genuinely wants to be by your side. After all, there’s no point in dating someone who isn’t as interested in you as you are in them.

So, if you’re considering getting back into the dating pool, do read up on how to write an alluring Bumble profile. Remember, the better your online profile is, the more likely you are to land new dates! If you already have a dating profile set up but struggle to get replies, go over this helpful article.

When I Ignore Her, She Wants My Attention

Most girls who chase after your attention only when you ignore them aren’t worth having around. Such people tend to feed off of attention and love it when others make them feel important. Unfortunately, they’ll seldom reciprocate the gesture. They would rather have you make them feel special rather than the other way around. If someone only wants your attention after you’ve decided to move on from them, they probably won’t make good relationship partners.

It’s exactly like what Charlie Puth said in his hit single, Attention:

However, some girls tend to change their minds after rejecting a guy. This doesn’t happen too often, but when it does, she’ll likely let you know. In this case, it’s okay to pursue a relationship. But remember, if she only misses you when you voluntarily choose to walk away, she probably isn’t worth your time.

Here’s a helpful article on how to tell if a girl is leading you on. One of the signs is that she keeps texting after rejecting you. However, she might be texting you simply because she’d like to continue the friendship without romance. If you’re uncertain about why she’s texting you, check out this helpful article for guidance.

“If She Rejects You, Walk Away.”

Many people believe that romantic rejection can be a positive thing. It’s bound to hurt at first but can be incredibly liberating in the long run. If you think about it, isn’t it better to move on from someone who doesn’t want to love you for who you are?

But of course, there are a few exceptions to this rule. For example, if you feel like the girl you’ve been crushing on is your true soulmate, you can try to approach her again later. Here’s a quick read offering valuable insight regarding how to change someone’s mind about dating you.

But beware; not all girls would like you to pursue them after they’ve rejected you. In some cases, you’re just going to have to accept the rejection and walk away. For example, if she’s set clear boundaries and explained her feelings, don’t push your luck.

Getting over someone you really liked is never easy. But here’s some good news for you: it gets easier with time!

If you’re looking to get back into the dating pool and look for someone new, you’re in for some more good news. As a professional dating profile ghostwriter, I can help you write an alluring dating app bio that gets plenty of right swipes. So if you’re ready to get more matches, check out my dating profile writing and text message feedback services now!