Reading a guy’s mixed signals is hard to do alone. Sometimes, a guy will reject you, telling you he’s not interested romantically, but then continue to text you.

There are several reasons why a guy or girl might reject you but keep reaching out. This article will review how to read mixed signals and the best way to respond when someone rejects you but keeps texting. Let’s dive in! 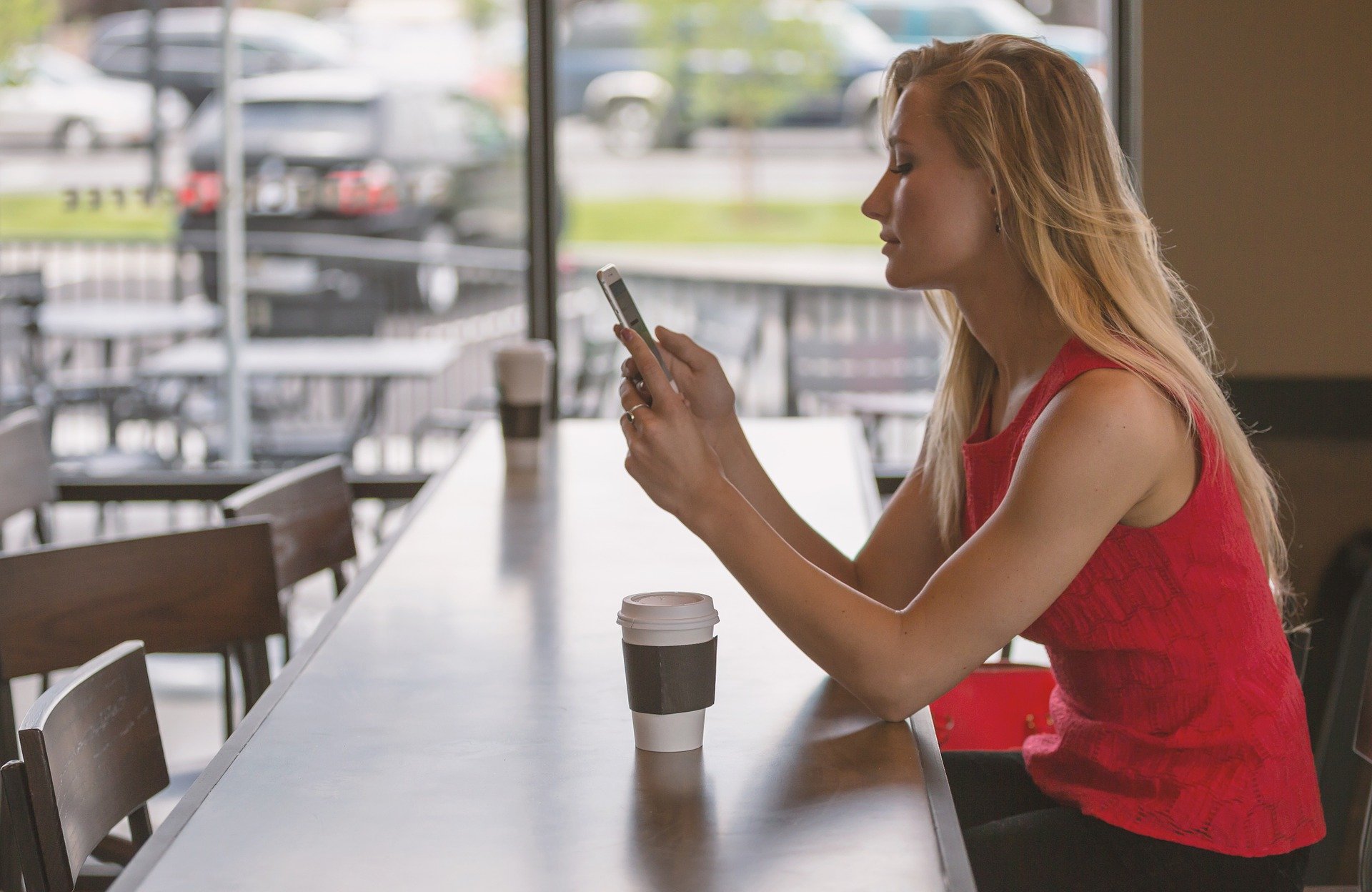 He Rejected Me, but He Keeps Texting

There are few things more confusing than a person who outright rejects you but continues to text afterward. It’s frustrating, upsetting, and even annoying. When he rejects you but keeps texting, most likely he still wants to be friends, just likes the attention, or isn’t sure if he made the right choice.

If you matched on an online dating app like Hinge, Bumble, or Tinder and chatted for a bit or went on one date, you might have even more trouble determining why he rejected you or why he keeps texting. People on dating apps are often unclear with their intentions, just continuing dry texting or soft ghosting instead of telling the truth. But you can gauge his feelings by considering a few options.

He Rejected Me but Still Wants My Attention

Guys are more insecure than you might think. In most cases, he keeps messaging you after sending you a rejection text because he likes the attention.

If you previously made your affections known (told him you liked him romantically or thought he was cute), he knows you are attracted to him. Because of that, even if he doesn’t see a future with you, he might still hit you up now and then when he’s feeling insecure, like the girl in this conversation:

She’s only on Tinder for the confidence boost, much like a guy who only texts you because he knows you’re interested.

It’s not a fair situation for you. He gets all the positive parts of the conversation while you’re left wondering if he changed his mind. If you think this is the case, the best solution is to tell him outright you’re not comfortable with that and block him.

Find out whether you should continue texting a guy who rejected you.

He Rejected Me but Still Wants to Be Friends

It might seem better than being ghosted, but getting texts from a guy that rejected you can still hurt. He could have rejected you because he doesn’t think you’re compatible, he’s interested in someone else, or he already has a girlfriend. In those cases, you might be in the friendzone. 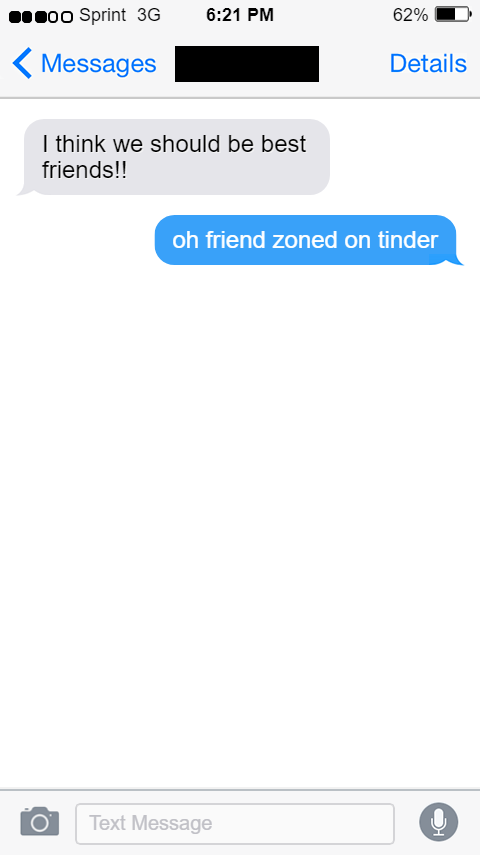 It’s not always as clear-cut as in the conversation above, but you can tell if a guy friendzoned you based on how he texts. If he’s friendly and makes jokes, checking in on how you are, he most likely wants to keep the friendship intact.

When that happens, it’s up to you to decide if you’re comfortable being “just friends” with him. Do you see yourself being able to keep a friendship even though you had feelings for him? If not, it’s okay to soft ghost him, or “like” his last message without saying anything in response. You can also tell him something like

He Rejected Me but Regrets It

Though it doesn’t happen all the time, there is always a chance that he keeps texting you because he regrets rejecting you. Maybe he understands now that you’re a true catch, or he realized he shouldn’t have put you in the friendzone so quickly. 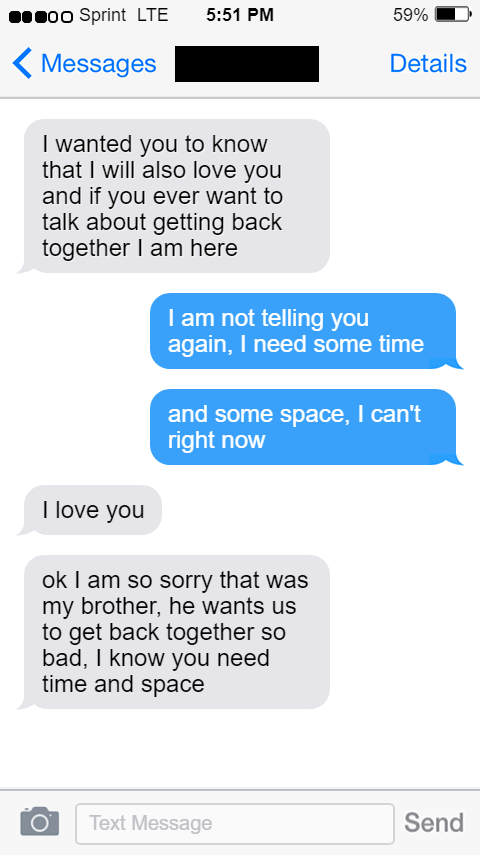 You can see in the conversation above that the guy made a decision and then regretted it. She doesn’t want to play games and wait around for him, so she needs space, but he continues to text because he changed his mind.

You’ll be able to tell if he rejected you but regrets it based on the way he texts. If he does any of the following, he’s likely testing the waters to see if he still has a chance:

Again, if you notice him taking steps towards taking you out of the friendzone, it’s up to you to decide if you want to do that. My only word of advice is that he rejected you once, so he might be wishy-washy, which isn’t the kind of guy you want a relationship with.

He Rejected Me, but Now He Won’t Leave Me Alone

Online dating can be tricky, but it’s especially hard when a guy doesn’t know what he wants. Maybe you matched with him, sent a few icebreakers, had a great conversation, and then he said he wasn’t interested. If he rejected you, but now he’s constantly hitting you up, there are a few things you can do.

If you’re getting non-stop text messages from a guy who rejected you, the easiest option is to just wait it out and see where he goes. He might get up the courage to tell you his intentions (dating you or staying friends). But in most cases, he’ll just keep starting conversations until you stop responding to him.

Take a look at the conversation above and how unclear his intentions are. It can be even harder to tell when the conversation is happening on Hinge, OkCupid, Tinder, or another online dating app. Many people on dating apps don’t have good texting etiquette and wait until the last minute to say what they want.

The other option is to ask him how he feels. He’s taking the time to send you conversation starters regularly, so he has the time to answer a question about why he’s acting differently post-rejection.

When possible, try to discuss things in person or over the phone. In this conversation, you can see that the person chose to have the rejection conversation over text rather than in person. Though they were able to clarify how they felt over text, it would have been a better conversation in person, as they noted.

Last, it’s totally fair for you to block him or ghost him. He made his intentions clear by rejecting you, so it’s appropriate for you to choose not to respond now that he won’t leave you alone.

He Rejected Me and Now I Ignore Him

However he rejects you – over text, by soft ghosting, or by telling you he “just wants to be friends,” it’s fine if you choose to ignore him. In a lot of situations, the best way for both people to move on is for one person to choose to ignore the other.

Otherwise, you might get caught in a constant loop of trying to understand what his interest in you is. Instead, ignoring him and cutting off the relationship is perfectly healthy. 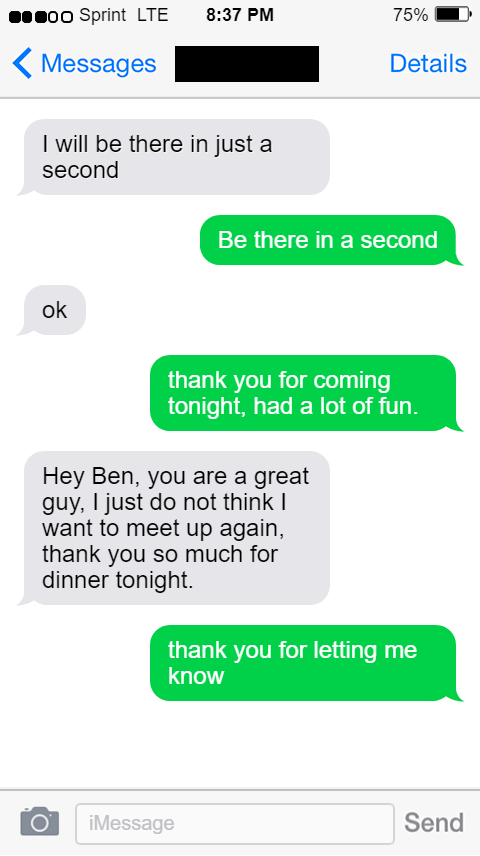 The conversation above is a great example of how a healthy rejection should go. She told him she wasn’t interested, and he took it positively. Neither person made a big deal about it, and they both decided to stop communication.

If you want personalized coaching through issues like texting and chatting, I’m here to help. I offer online dating coaching to help you with situations just like this, so you no longer have to worry about whether he’s still interested when he keeps texting.