So maybe you’ve tried to drop hints around the guy you like…only to have him friendzone you.

If that’s the case, you must be asking yourself “am I not good enough?”

It’s always tempting to blame ourselves for the way other people feel about us. However, there’s usually a different, more logical explanation behind why you’ve been friendzoned.

In this article, we will cover all you need to know about what goes through a guy’s head when friendzoning a girl. By the end of it, you’ll hopefully understand why you’ve been put in the friendzone, and what you should do next. 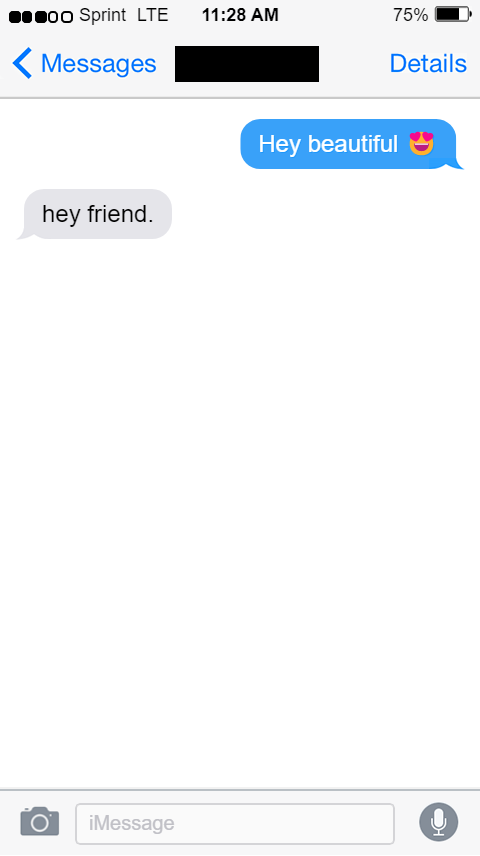 Why Guys Friendzone a Girl

There are many potential explanations for why a guy might friendzone a girl. The most obvious one is that he doesn’t share any romantic feelings for her, and the love is one-sided. This is also the simplest explanation and doesn’t require much afterthought. There isn’t much point in chasing him now. But, if you’d still like to keep in touch, check out this article on texting a guy who rejected you.

Though it may feel awful at first, learning that a guy has friendzoned you could be the start of your emotional liberation. After all, there’s little point in chasing someone who doesn’t feel the same way as you do. In this case, the story ends here.

Interestingly, some guys might even friendzone a girl who they do have feelings for. There are plenty of reasons explaining why this might happen.

Firstly, a guy might friendzone a girl he likes because he isn’t ready to tell her how he feels. He might be too nervous to confess, especially if it’s his first time. Or, he might not be ready to be in a relationship despite having feelings.

“Not being ready” could mean many things. It’s different for every guy and depends upon his personal circumstances. Perhaps he’s still trying to figure out how strongly he feels and would like to wait and see if the love lasts. This is a sensible thing to do and will help him (and you!) differentiate between love and lust. In this case, he’d try to dodge all your attempts at flirting. Here’s what this could look like on text: 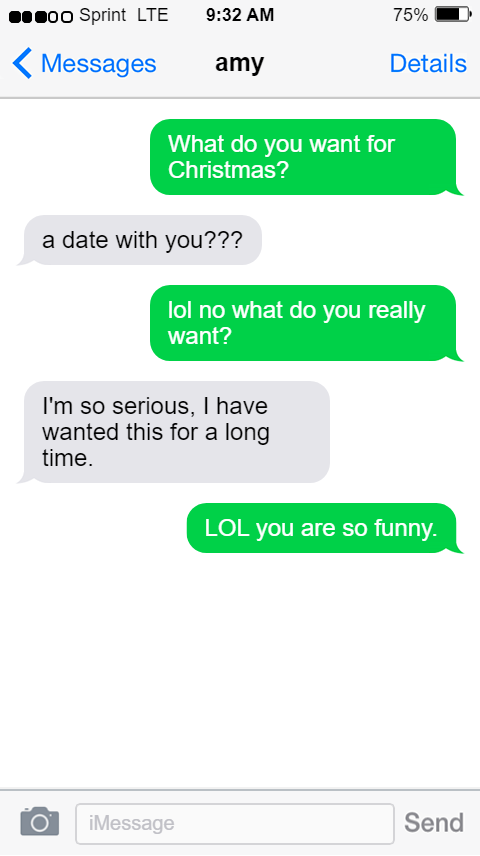 Or, maybe he isn’t ready to be in a relationship with anyone because of how vulnerable it would make him feel. Most guys struggle with vulnerability and find it challenging to show emotion, especially in front of the girl they like. This has plenty to do with societal standards that expect men to behave like silent, unfeeling observers. It might be a while before he breaks out of this mindset and decides to finally confess his feelings.

Of course, this isn’t the only possible reason behind why he’s friendzoned you. It’s also possible that he might like you, but isn’t in the right headspace to pursue a relationship. He could be struggling with his own mental health, or have another relevant reason that’s stopping him from courting you.

It’s important to remember that you’re not just chasing after a guy, but a whole other human being. Confessing his romantic feelings for you would set up plenty of expectations that he might be afraid of failing to meet. In this case, he might give you mixed signals without even knowing it! Here’s a helpful article on how to address mixed signals when texting a guy.

Or maybe he’s just shy! Not all guys are smooth Casanovas, despite what the movies have led us to believe. He might have friendzoned you because he needs more time to adjust to his newfound feelings. Maybe he still hasn’t figured out how you feel about him and is afraid of your rejection. In this case, he might not text you first. Instead, he’d wait for you to text him. This likely gives him reassurance that you’re genuinely interested in talking to him. To know more, go over this article on what to do if you always have to start the conversation with your crush.

Apart from friendzoning you, another common thing shy guys do is text you back slowly. Here’s an interesting article explaining why they might do this.

There’s a popular myth that says the friendzone only applies to guys, and that girls never experience the friendzone. However, this couldn’t be further from the truth. Any girl who’s been friendzoned can easily testify to it.

He Friendzoned Me but Still Flirts

If you’ve been friendzoned by a guy but he still flirts with you, there’s a high chance he’s just leading you on. Guys have a habit of texting back slowly when they’re playing hard to get. Here’s an article on what to do if he’s suddenly taking ages to respond to your texts.

Flirting can be subtle or blatantly obvious. Special nicknames, romantic comments, and goodnight texts are all popular ways of flirting. If he’s been actively doing any of these, then you can know for sure that he’s got his eye on you. 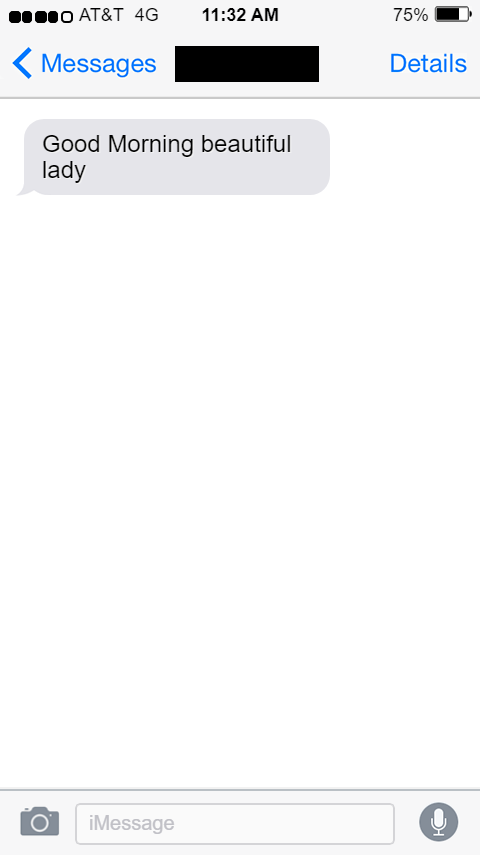 However, it’s also possible that he does harbor some romantic feelings for you, but doesn’t want to commit. Either way, it’s better to clarify things with him so you don’t suffer the consequences of his indecisiveness.

There’s still a small chance of his feelings being genuine, though. Perhaps he doesn’t realize that he’s friendzoned you. Or maybe he’s just not ready for a relationship but doesn’t want to let you go, either.

He Likes Me but Friendzoned Me

If it’s obvious that he likes you, you don’t need to worry too much. He probably hasn’t come clean about his feelings yet because the timing isn’t right for him. Or, as we’ve discussed before, maybe he’s just scared or shy.

If you feel strongly about him, allow him some more time. He might finally find the courage to confess his true feelings to you!

What if I Got Out of the Friendzone?

If you’ve managed to get out of the friendzone, congratulations! Now, you can finally pursue a romantic relationship with the guy you like.

It’s normal to face some challenges along the road to achieving romance, though. If you’re talking to a guy on Bumble, check out these cool text conversation starters. Or, if you’ve already established a comfortable repertoire with him, why not try to up your flirting game next? You can do so by using endearing nicknames or giving him plenty of compliments. This will let him know that you’re still interested and looking for a relationship with him.

Of course, you could always be straightforward and just tell him how you feel. Some guys may appreciate this approach more than continuous, subtle flirting. 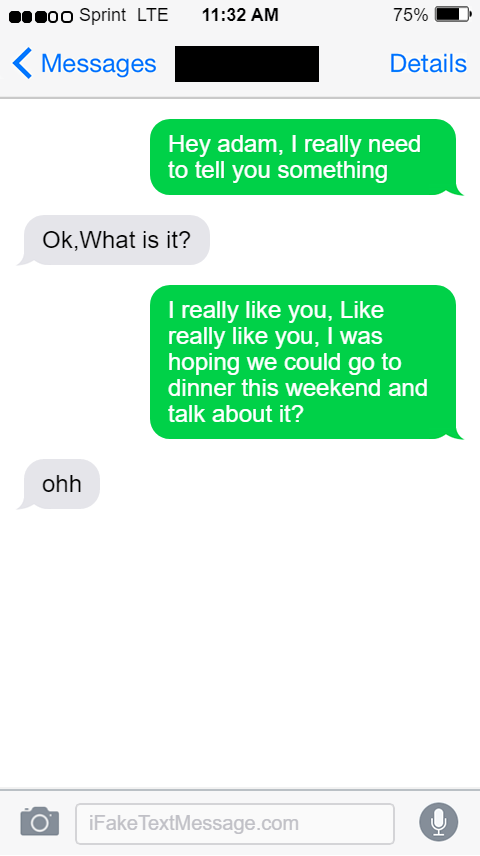 I Got Friendzoned But He Wants to Hang Out

If a guy has friendzoned you but still makes plans to hang out alone with you, he might be hiding his true feelings. As discussed previously, guys aren’t always comfortable with sharing their emotions because this makes them feel severely vulnerable.

However, not all guys are wired this way. Some of them might ask you to hang out with them because they’re keen on leading you on. This is why it’s important to know what kind of guy he is before making a formal romantic commitment.

Love is never easy, especially when you’re stuck in the friendzone.

Hopefully, this article will have granted you some clarity regarding your situation. Remember, sometimes, it’s better to move on from a guy who’s friendzoned you. There’s plenty of fish in the sea, and you’re bound to find someone who’s a better match for you.