For the whole past week, you two have been busy texting each other nonstop. You’ve tried being flirty, she has been teasing and cautious at the same time, but your brain is at a super speed. You’re already imagining yourself buying your first house with her!

Minutes later, she replies with a dozen text messages, calling you one of the most helpful ‘friends’ she has ever had.

Even though it is a positive text, to hell with being a helpful friend. This isn’t what you had in mind! 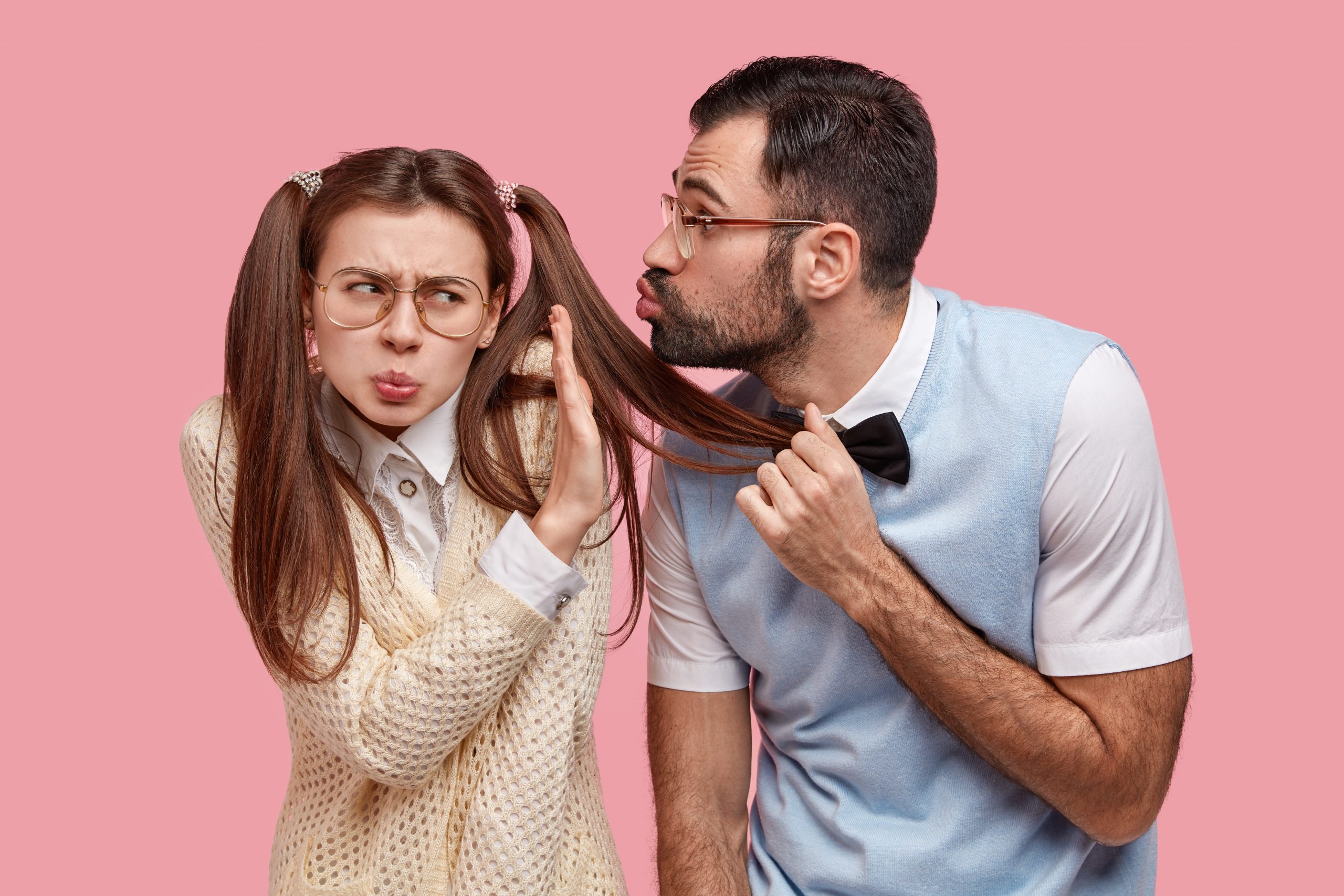 Should I Text a Girl That Friendzoned Me?

Whether she has subtly inserted prompts about you being a friend and nothing more, or she has clearly told you about her other love interests, you should try to keep the conversation going smoothly. Being in the friendzone isn’t the end of the world, anyways, so ghosting or soft ghosting isn’t usually an option.

Since you both haven’t declared an official relationship, the friendzone may initially become a default connection between the two of you. But the question here is, does she consider you her friend only because there hasn’t been any real commitment till now? Or has she dodged your romantic advances by calling you her friend?

No matter how many questions you have in your head right now, it’s best not to leave her ghosted. Not only is that against texting etiquettes, but it’s also going to blow your chances of getting out of the friendzone.

As a dating profile ghostwriter, I’ve helped countless people in similar situations get the results they wanted. So whether it’s a dry conversation with her, your Hinge profile isn’t getting likes from her, or even if you’re wondering if you should block her for not texting back properly, I’m here to help you take the right steps.

What does it Mean if She Friendonzed Me But Still Flirts?

I have to admit that it’s really tricky to know for sure what a girl wants from you when she sends mixed signals like these. One day, she says no to a casual hangout, and the next day she’s initiating the conversation with some really witty, double-meaning meme, but then again stops replying. Usually, here are a few meanings we can deduce from this behavior. These include:

1. She Was Teasing You By Calling You Her Friend

If, during your conversation, she continues to call you her friend and, in the same line, sends some super flirty signals, then there’s a high chance that she’s actually poking you. She wants you to take a step and tell her that you really don’t think of her as just a friend.

On the other hand, if she’s flirting with you but hasn’t done anything more than that, then she probably wants you to make the first icebreakers on your mutual dating sites. 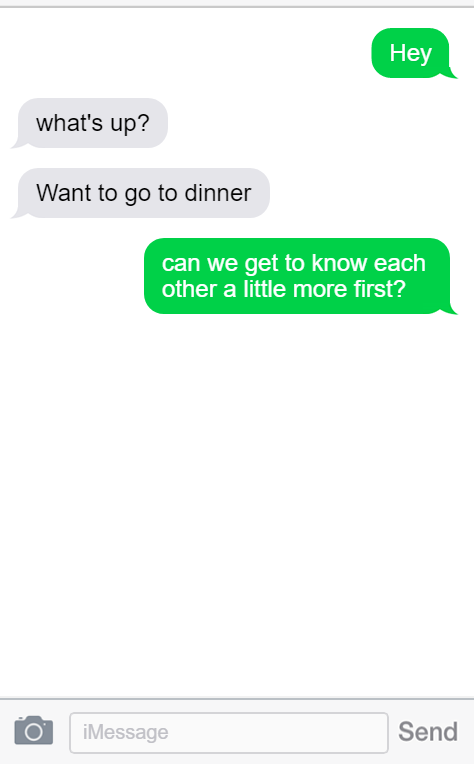 Maybe she’s sending mixed signals because she’s genuinely having mixed thoughts. As annoying as it is, girls usually take more time to make a firm decision regarding who they want to un-friendzone as compared to guys.

She’s contemplating if you’re really who she wants. She isn’t sure if she wants to take things ahead, but she doesn’t want to end whatever exists right now. In this case, she may sometimes even stop replying or get into a dry texting mode, which is a sign that she wants to put you on hold while she figures out her feelings.

3. She Isn’t Ready for a Relationship

The third meaning is that she most definitely likes you, but she just isn’t looking for a commitment right now. Given this difficulty, she chooses to play it safe by friendzoning you.

You’ll be on the top of her friends’ list because that’s the closest that she wants to be with you right now. Her feelings for you are clear, but it’s still too early for her to act upon them.

Regardless of what the reason is, just completely avoid turning into this monster right here. If she’s not comfortable sharing her socials, then the least you can do is respect her boundaries! 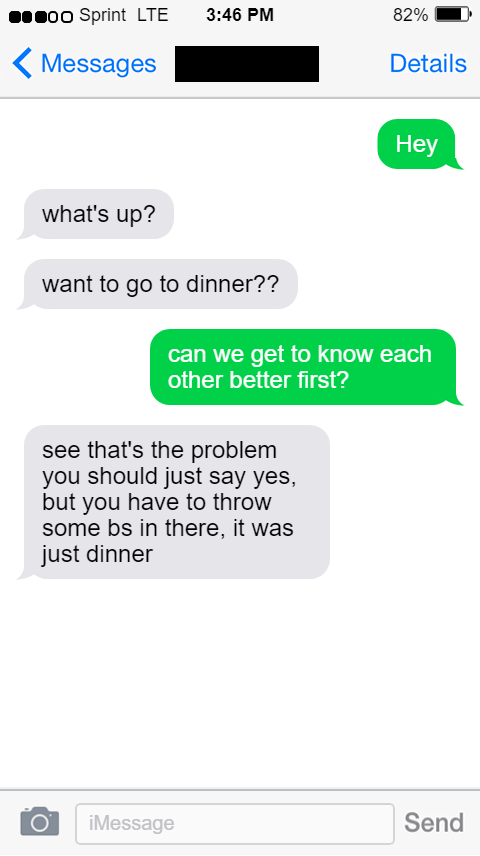 She Friendzoned Me But Now Wants Me — How Should I Take Charge?

So the tables have turned, and now she wants you out of the friendzone into something more special. But how do you work things out right now? Here’s how:

1. I Moved On Now She Likes Me; Be Sure You’re Not Mistaken!

Has she texted you at 2 am to tell you how bad her day went and how she wishes you had been there to comfort her? Has she never done that before? This new behavior a sign that she may want you to leave the friendzone.

But if she casually asks how your interview went or if you enjoyed that new movie she recommended, then those are still fuzzy signals.

The bottom line is that you’ll notice a change in her behavior towards you if she wants to end the friendzone. But if her out-of-the-blue ping is similar to what you usually talked about, then you may have to invest some more time in confirming how she really feels about you.

If you’re sure she’s determined to overstep the friendzone, then the next thing to consider is how you feel about this incoming change.

Maybe you’ve moved on and lost interest in her, maybe you’re with someone else, or maybe you’re just over the moon when you find out she wants to take things up a notch with you.

Either way, try to keep your self-respect intact as you process her new advances. You’re still as beloved to her as you were as a friend, so rest assured, you have the prerogative of deciding how to handle the situation without anything going sideways!

3. Plan Your Next Steps

When you’re all clear about what you want, the next step is to get her on board. You can also start planning your conversation starters and chat openers on different dating app profiles!

Update your dating bio, get your icebreakers ready, and ask her for her usernames. You may pick different bio ideas and prompts for your Hinge profile, Bumble profile, and Tinder account, and get your conversation going on OKCupid and other sites of your preference.

She Friendzoned Me so I Stop Talking to Her 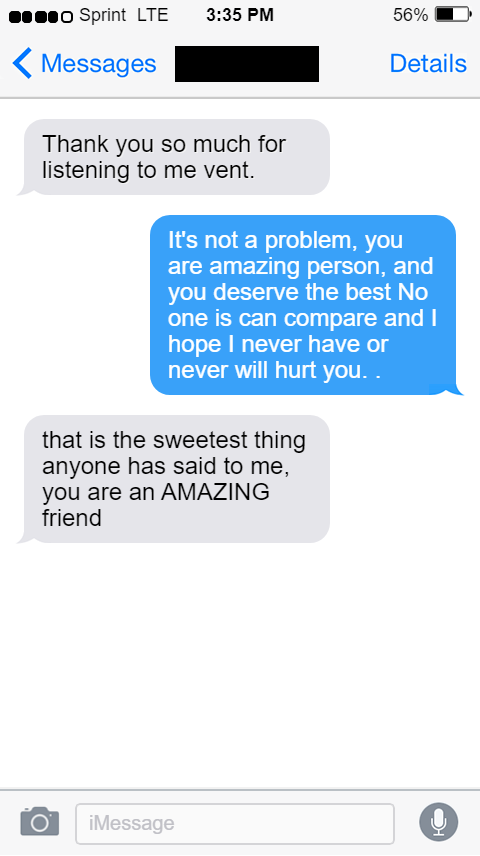 If she friendzones you, then it’s totally your choice if you want to continue the friendship or you want to completely stop talking to her. However, here are a few tips to end the conversation respectfully, so that you have no problem restarting a conversation with that old Tinder match sometime later!

You may be uneasy about telling her how you thought things should have gone between you both, but you have to be honest anyways.

If her calling you a friend hurts you, but you’re still too shy to take a step, then you’ll continue living in this fool’s paradise without any benefit. So with complete consideration and respect, you may tell her:

‘I don’t feel the same way as you do for me, and as much as I would love to have you in my life, a friend isn’t the label I would like to wear. And even if I tried, I wouldn’t be honest to both of us.’

Sounds perfect, right? I have so many of these friendzone enders, as well as other texts which are just the best ones for your situation. Click here to get started today!

2. Ending it On a Good Note

You may be heartbroken, but don’t let that sentiment get the best of you. If you like her, but she doesn’t like you back, then it’s really not her fault, right? So take your time, collect yourself, tell her you to respect her feelings, and that you’ll be there if she ever needs you.

The friendzone is a highly critical place, but in most cases, it’s only a temporary stop in your relationship journey. You’ll eventually get into a relationship, or you’ll move on in due time.

Whatever happens, later on, you have to ensure that being in the friendzone doesn’t turn you into a rude, unpleasant company at any cost! If you need help deciding what texts to send, get in touch. I’ll work with you to take revamp your dating profile and help you get the most out of your online dating experience.