So, you’ve been talking to this one special guy lately, but most of the talking seems to be from your side. Sound familiar? If so, you must be wondering why you’re almost always the one texting him first.

According to the rules of modern dating, shouldn’t he be texting you first, too?

After all, he acts like he likes you in person, doesn’t he? But then why do his texting habits not match his in-person vibe?

Don’t worry – we’ll get to the bottom of this by the end of this article, so keep reading! 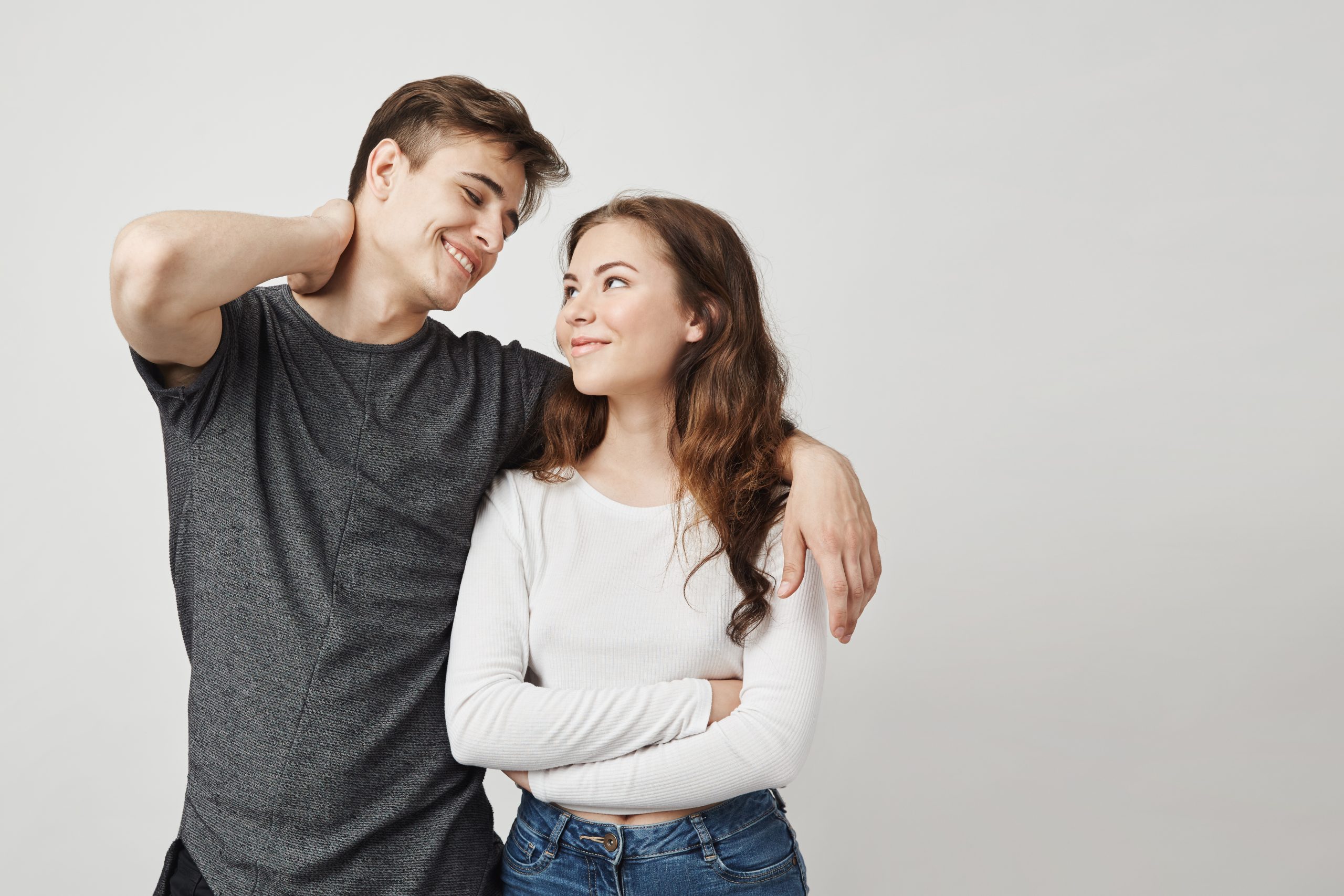 So this guy gives you noticeable signs when you’re together in person – not just you, but your friends suspect he likes you, too. Or perhaps he gives you an extra-special treatment when you’re hanging out but doesn’t initiate the first text – ever.

Well…how about I let you in on a little secret: texting isn’t the only way for a man to communicate his admiration for you.

That’s right! The truth is, we live in a fast-paced world where texting has become the primary form of communication between two lovers. However, just because texting is extremely popular amongst plenty of people in the dating phase doesn’t mean your guy feels the same way.

Perhaps he just isn’t into texting.

Of course, this doesn’t necessarily mean he’s not into you either! It might just mean that he isn’t fond of his phone, appreciates space, or is genuinely busy.

Of course, if you’re not noticing any real signs of affection or flirting, he might not share your feelings of endearment.

Getting back to the question, though, why does he act like he likes you in person yet never texts you? Below is a collection of possible answers:

When you like someone a lot, it’s easy to forget that they come with a set of unique flaws, too. Don’t fret too much about his texting habits if you honestly feel like this guy likes you. There’s a high chance he’s just a really awful texter – and that’s okay!

As long as he makes up for it in different ways, like flirting with you in person, for example. He may even be slightly protective of you and make sure you feel cared for when you two are together.

On the downside, if he’s always online or regularly replies to his other contacts, chances are he isn’t actually a poor texter. Instead, maybe he’s just looking at your relationship from a different angle – but more on this in the next point.

Here are 5 common reasons why guys stop responding on Tinder.

He’s Playing Hard to Get

So this guy has made it extremely obvious that he likes you in public but acts completely different online. You’ve obviously noticed his texting habits don’t coincide with yours, but what does this really mean?

Well, if he’s replying to everyone else but is sending you slow replies, he might be playing hard to get. This also applies to when guys don’t initiate conversation but wait for you to do it instead. And when they do reply, it’s not on the regular. So, if he’s taking longer than average with his texts, read this article on slow replies to understand your situation better.

Of course, the guy you’ve got your eye on is not a perfect fairytale character, but a real person. This means that he’s likely got a ton of real responsibilities, too. Attending to chores and other duties can really drain a person. So, if your boy has a lot on his plate, don’t expect him to be glued to his phone all of the time.

You could even take this as a positive sign of sorts – at least you know he’s got a real life! Guys who laze around all day aren’t really ideal partner material, in all honesty.

So, if you’re sure about his actions in person, don’t fret too much about him not texting you first. He’s probably just out there working through his responsibilities, and you should respect that.

If he’s texting you back late, take a look at this article on late replies for some insight into the matter.

Okay, this one’s going to sound like a real bummer.

Some guys are natural flirts. They can’t help but throw romantic hints at any girl they find attractive. Of course, this isn’t true for all boys, but it is for many. Perhaps he thinks his actions towards you (in person) are just harmless moments of friendly flirting. He might like you, but not to the point where he wants to pursue a committed relationship with you. Or anyone, for that matter. 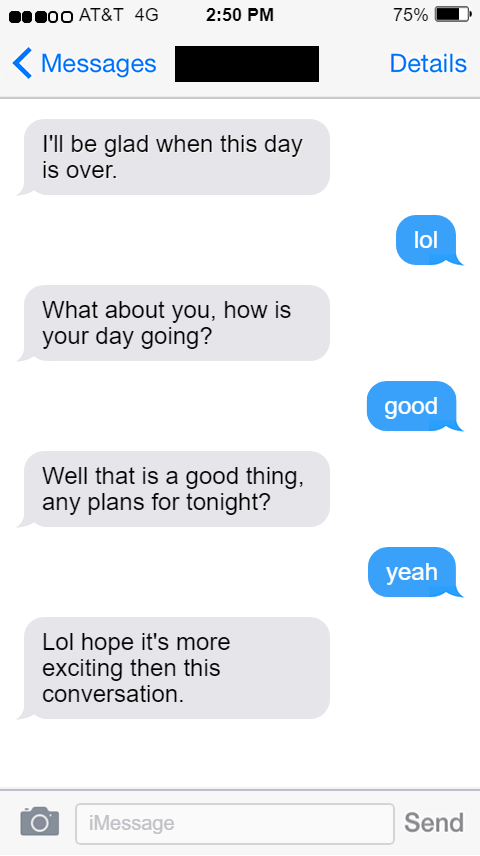 Or, on another note, maybe he’s trying to keep his options open.

That doesn’t mean you’re “not good enough”, of course. It just means that he hasn’t decided yet, and isn’t ready to commit.

Or, perhaps he really does like you, but isn’t ready for a relationship yet.

Don’t judge him too harshly for it, though – after all, matters of the heart can be quite a challenge for many.

Here are 8 common reasons why guys don’t reply on Bumble.

This is a big, burning question many girls have. So, don’t worry – you’re not alone.

Here are some telltale signs that suggest you just went on a non-platonic date with a guy:

And here’s how to tell if you two were just “hanging out”:

In text form, he may even have ghosted your offer to hang out. Here’s what that would look like: 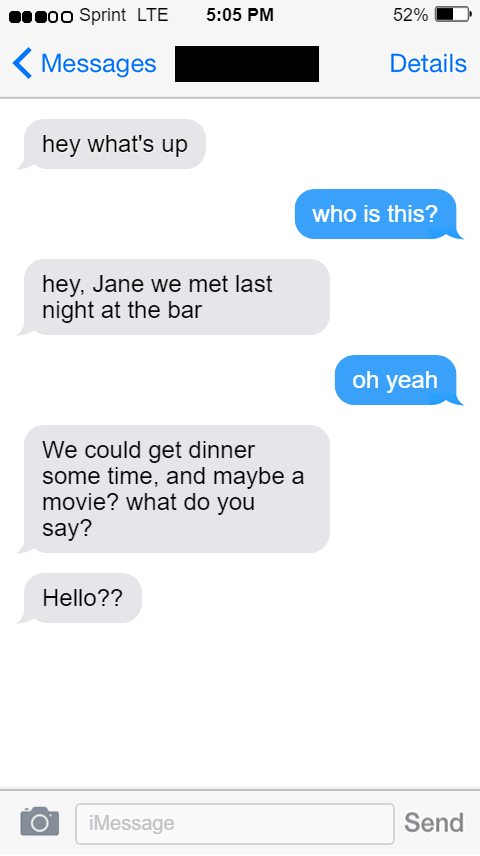 He Never Initiates Hanging Out

If he isn’t making an effort to see you in person, he might not share the same romantic feelings as you. Either that or he isn’t ready for a relationship and doesn’t want to lead you on.

If he isn’t making an effort to hang out, and you’re tired of texting him first on Tinder, it might be time to move on. Or, if you’re still keen on giving things another shot, try these intriguing Tinder conversation starters to reel him in.

He Never Initiates Anything

If he isn’t initiating anything, there’s a chance you might be reading too much into things. For example, when you’re hanging out, does he truly make an effort to make you feel special or flirt with you in any way? If the answer is no, he might just not be that into you.

Still, you can shoot him a bold, flirty line to encourage him to make more moves. Here’s an idea to try out: 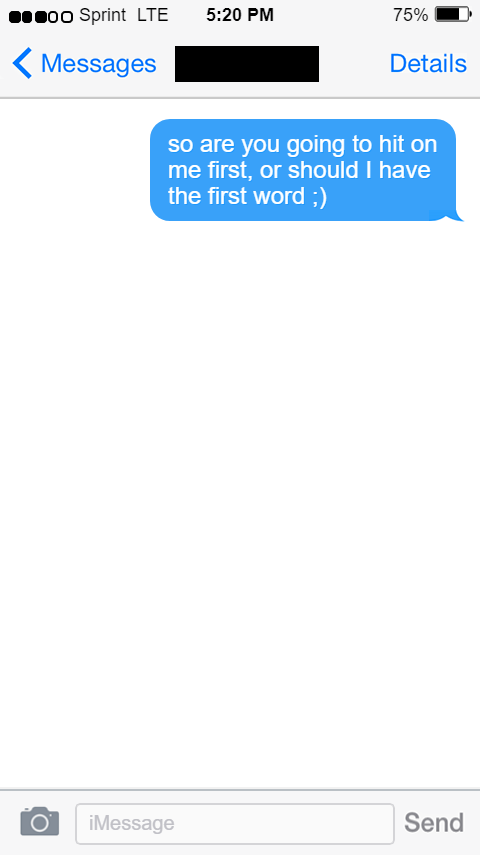 Am I Asking to Hang Out Too Much?

If you feel like you’re asking him to hang out too often, then there’s a chance you might be right about yourself. Don’t worry too much, though. Sometimes guys choose to delay hangouts because they’re busy, need some extra space, or want to take their time with things.

If you’re asking him to hang out more than he’s willing to, then maybe it’s time to ask him out less often.

Dating in today’s fast-paced, competitive world can be a real challenge, as can decoding a man’s true feelings. Hopefully, this article would have provided some valuable insight into your concerns.

If this article helped you, I have some excellent news for you! As a professional dating profile ghostwriter, I can help you in many other ways, too. Feel free to reach out to me for help with creating the perfect dating profile that gets speedy replies. Also, be sure to check out my texting feedback services to improve your conversations now.