You’ve been planning this for the past few weeks — finally texting your crush and confessing your feelings. After all, they like you back, or at least you think they do. So you finally hit send on that final draft in your Tinder or POF DMs and are expecting a reply that’ll make you smile like this: 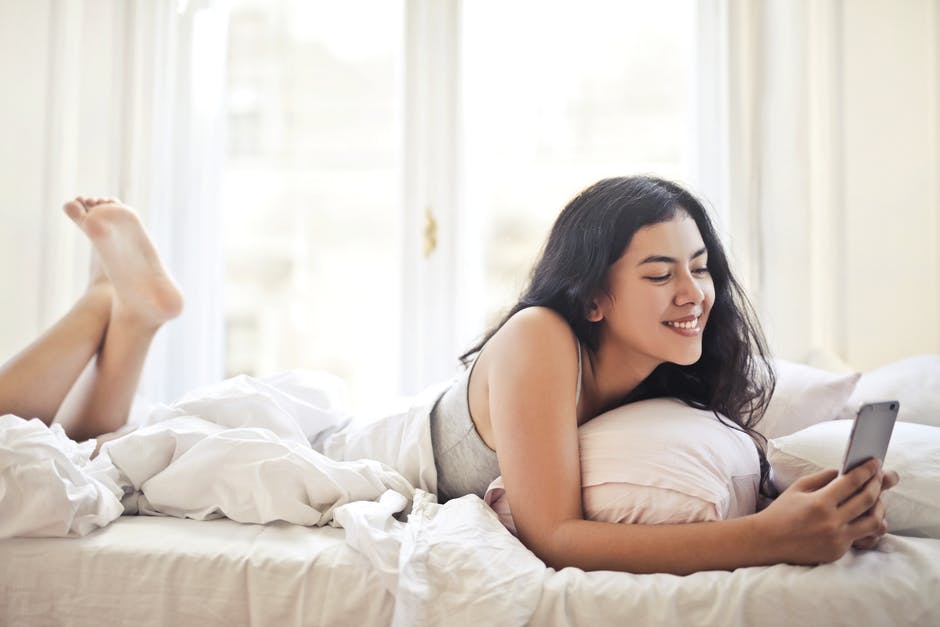 They’re online. They see the text. And then they’re offline.

What just happened? Is this soft ghosting? Is this rejection? No, they’re probably just swamped! Or are they trying to figure out how to get away from the situation?

You can’t tell for sure, and now there’s this terrifying prospect of them not liking you back that’ll keep haunting you. At this point, denial won’t do so much good. Instead, you may want to analyze how a regular conversation goes down between you two. Ready?

What Should I do if I Always Have to Start a Conversation With My Crush?

It’s quite sweet that you’re aware of the fact that your crush doesn’t text you first, and that may bother you at times. However, you don’t let that get to your head.

You still send them those quirky texts, those ROFL type of memes, and texts that genuinely show your concern. But even when your best texting openers end up in a dry conversation or just get straight ghosted, then you have to figure out what to do next.

Should you confront them for not having proper texting etiquette? Should you simply stop sending those PMs to see if they even care? Or should you revamp your dating profile, work on your Hinge prompts, and think of new Tinder ice breakers?

The truth is that everyone’s experiences are different. There aren’t any fixed rules of how or when to stop replying to their late replies. This uncertainty is what often leads many others like you to my inbox.

You see, with my experience in dating and texting consultancy, I can help you overcome this crisis. But before we plan a texting strategy, let’s have a look at the possible reasons your Bumble conversation goes nowhere.

There are quite a few reasons why they may not be contacting you, so before you think of the worst-case scenarios behind their dry texting and ghosting, just make sure you consider these possibilities as well:

They’re Not Good at Texting

Just because your text messages are A1 in all aspects doesn’t mean your crush can match that vibe. Bad texters are common, and your crush could easily be one of them. Some people just struggle with texting. As much as this annoys you, you can’t magically turn them into punctual texters!

We’re not kids anymore, and there’s a lot more to life than just waiting for that one person to text you all day long. Your crush may have other commitments as well, and that’s probably why they either don’t text first or take forever to text back. It’s entirely possible that you’ve been super mad at them for sending a long-awaited text that says something like this: 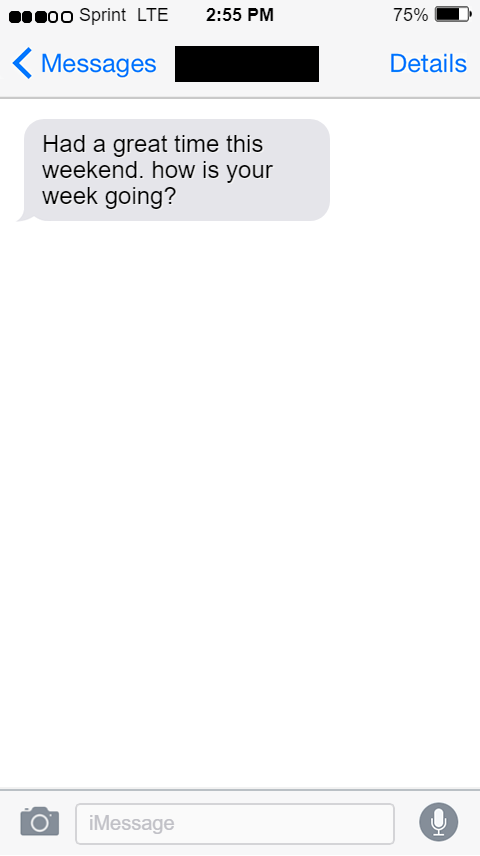 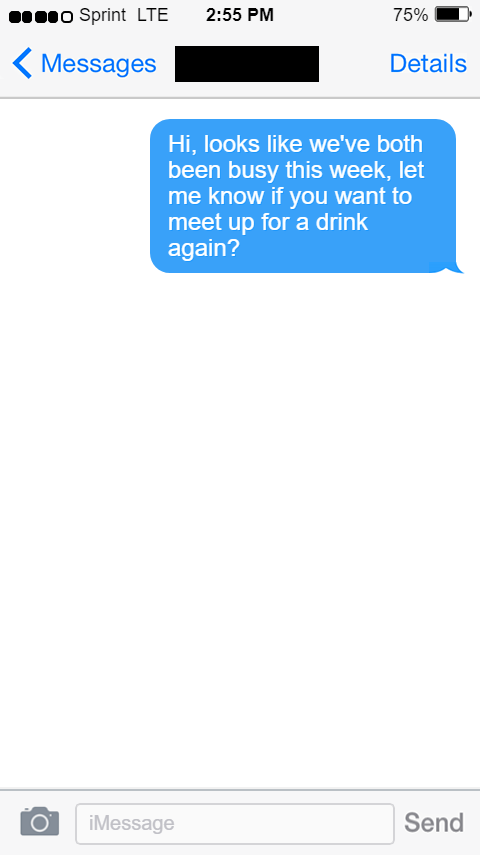 It’s okay to be mad here, but then how you text back is what will eventually help both of you break the barriers and get the ball rolling. Here’s an example of the perfect response:

Sounds perfect, doesn’t it? For more ideas on how to carry out a flawless conversation with your potential muse, just drop a message. I will love to help!

They Don’t See Why They Should Text You

Some people just don’t see the point in texting anyone, no ifs and buts. They probably feel like it’s bothersome and doesn’t text without a genuine motive. Casual everyday conversations just aren’t for everybody.

If you feel like your crush is on the same boat, then try calling them once a while instead, and see how they talk over the phone. This will give you a chance to find out for sure if they’re only skeptical about texting, or if they’re skeptical about you as well!

Is it Bad if I Always Have to Initiate Conversations?

It isn’t always a good sign, but it isn’t always a bad omen, either. Here are some indicators to tell you how ‘good’ or ‘bad’ things might be between you two based on your texting:

So, where does this dying conversation come to an end? Is it a regular iMessage? Is it Facebook or WhatsApp? Or is it through a mutual dating app such as CMB or OkCupid? And follow-up questions? Is your dating bio something that sets the right impression? If not, then that’s also probably why your crush isn’t taking you seriously.

You see, online dating profiles work pretty differently from other conversation platforms. So if you want to send the right signals to your crush on Tinder or Hinge or anywhere else, you also need to have a top-notch profile. Lucky for you, I know just the right words and phrases to add to your bio and prompts, and I’ll be more than glad to use my dating profile ghostwriting skills to help you win your crush’s heart!

How Often You Text Them

Are you compulsive at texting? Do you send ten text messages within five minutes? Or do you only initiate a dry texting spell like the other one every few weeks? 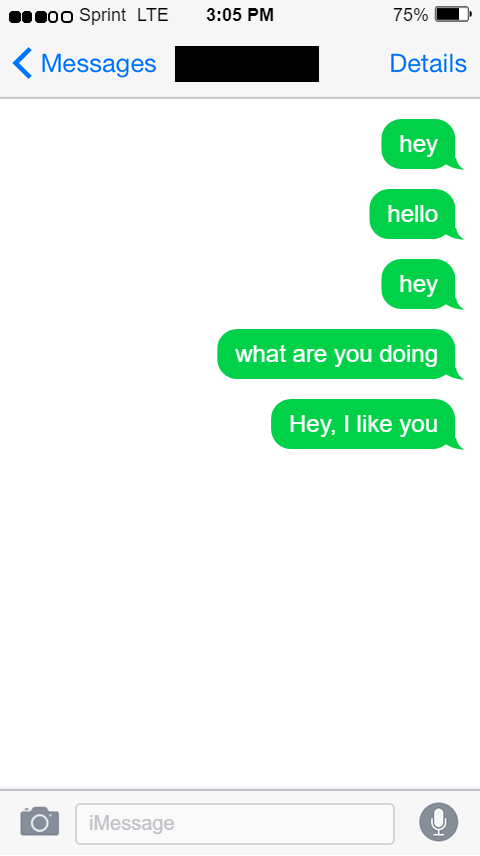 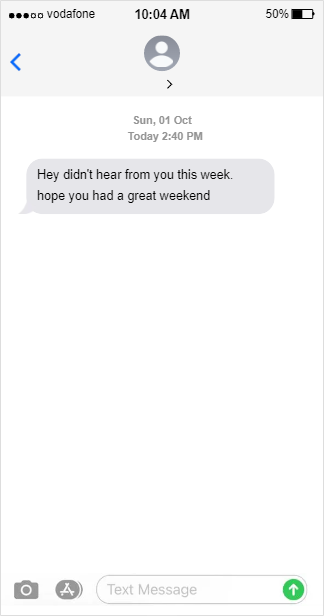 If it’s the former, then your connection is most probably in a bad place. If it’s the latter, then this crush of yours is probably not that serious after all!

Find out what to text when a girl is losing interest.

Alright, now let’s get a bit more specific regarding who your crush is. If you’re awaiting a conversation starter from your girl crush, but haven’t had any luck, here’s what might be going on:

She Hasn’t Really Noticed You

It sounds a bit embarrassing, but it’s actually quite likely that you haven’t been able to make much of an impression in front of her, which is why she doesn’t bother to text you or reply to your texts actively.

She may be outspoken and confident in real life, but maybe she’s just shy when it comes to casual texting, especially in her dating life. That’s pretty normal and is nothing to worry about. If all goes well, then she may finally come out of her shell and text you first someday!

She’s Isn’t Into You (and Is Into Someone Else)

I mean, it’s possible, right? Just because you haven’t seen or heard her talk about someone else doesn’t mean she isn’t seeing someone. Maybe she’s actually in a commitment. Perhaps she has another crush, or she just isn’t attracted to you.

Find out if you should text a girl who has friend-zoned you.

Is a guy friend you’re interested in ghosting you? Every single one of your texts? Hmm, let’s have a look at why this might be happening:

Although people say that guys are quicker to become comfortable in talking to someone, that isn’t entirely, completely true. Some guys also practice caution before they actively begin texting. If that’s the case, then you don’t need to worry! He’ll eventually take the leap and text you first!

Is he sending mixed signals? Or are you perceiving the wrong signals on your own? Maybe it’s true that he likes you in person. He appreciates everything you say or do, and his absence over text is only because he’s either shy or he’s probably teasing you.

But hear me out; it’s also possible that he doesn’t like you. It could be true that he isn’t leading you on, and you’re only assuming that he likes you back because you already have a crush on him! If your texts go down somewhat like this, then you may have to consider if he’s really into you or if you’re only fooling yourself! 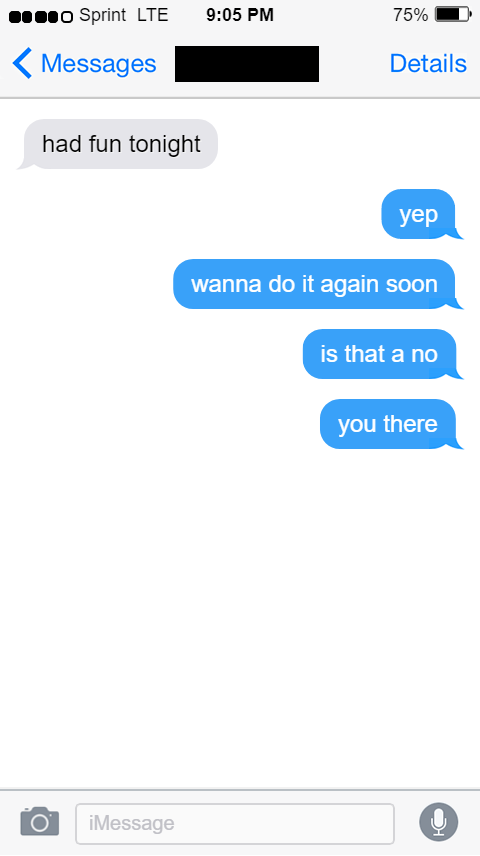 As you can see, there are a variety of things to keep in mind when talking with your crush. When your crush isn’t the one to initiate texts, it can seem a bit gloomy. However, you can try to find out the reasons why they don’t text you first and resolve them through mutual communication. If you feel like your dating profiles are the problem, then we can fix that, too. Just get in touch with me today and end this dilemma once and for all!